Some Potterheads Are Not Happy About Their Pottermore Patronus 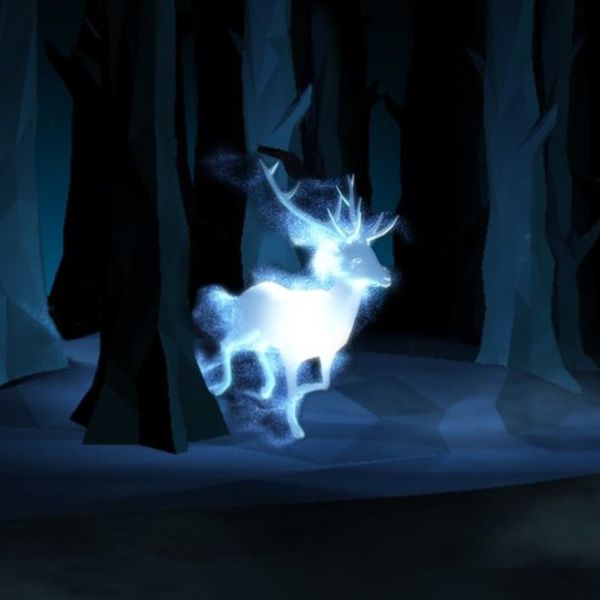 When news broke that we could finally find out what our very own patronus is via a Pottermore quiz, Harry Potter fans (who’ve been gobbling up the three new books from J.K. Rowling) were quick to see what incredible creature they were matched up with in this realm of magic and wonder. While some were totally thrilled, others were less than impressed — and still more were downright disappointed.

When we say allHarry Potter fans took the quiz, we surely meant it. J.K. herself ended up with a heron after taking the test, and others found themselves with magical, mythical patronus.

seems that i've just produced a very rare patronus, which is a hippogriff. already in love with it! #ExpectoPatronum pic.twitter.com/QnYE7S9LWZ

I got a #runespoor on @pottermore's new Patronus section. Ultra rare, like me. Associated with dark wizards, hopefully not like me. pic.twitter.com/AWVoWgqRop

But not everyone was blessed with such enchanting creatures. Some were pretty disappointed with their common critters.

Don't talk to me about nobility or tenaciousness or Ron's wonderful family – my life is OVER pic.twitter.com/FiMoDLTbbG

And salmon was just as unwelcome, TBH.

Really, who wants a mouse, or worse, a rat?!

You know what, the dementors can have me. This. is. a. JOKE. #ExpectoPatronum pic.twitter.com/9THuwSAsZs

My patronus is a rat. Not even pizza rat. Just a regular, dirty, sewage rat.

Boss: "Hey. I need you to put some pants on. Big time."
Me: "MY PATRONUS IS A FUCKING AARDVARK, KAREN. WHAT'S THE POINT?" pic.twitter.com/NXNdyB1QHv

Though perhaps that’s slightly better than getting a shrew.

my patronus is a fucking shrew?!?!? excuse me pottermore, I did not sign up for this

I waited what feels like my whole life to find out that my #Patronus is a mole. WHY?! @jk_rowling pic.twitter.com/PvrwgQxWGp

Or a pig? Talk about disappointing.

We really all wanted something super cool.

When you think your #patronus would absolutely be a unicorn 🦄 and you find out it's a duck… #ExpectoPatronum pic.twitter.com/0lmLt76uS3

But in the end, if you weren’t happy, you can always make your own.

My colleagues on the #HarryPotter beat feel this is my more accurate #Patronus. pic.twitter.com/mxiYDow0NJ

What patronus did you get? Something cool or something disappointing? Tweet us @BritandCo!