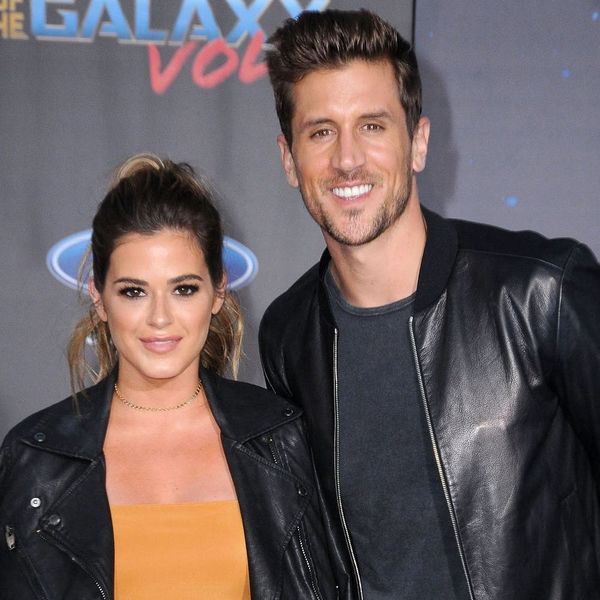 It’s been almost two years since JoJo Fletcher accepted Jordan Rodgers’ proposal on season 12 of The Bachelorette and while fans are certainly eager to see them walk down the aisle (perhaps even in a TV wedding?), the pair are in no rush to say “I do.”

“When’s the wedding? I wish I had more information on it. You know, I don’t know,” Fletcher told Us Weekly. “I always definitely think about it. We talk about it all the time. But I think right now, we’re still just enjoying our life and we’re really happy with our situation. So who knows?”

She continued: “When we first got engaged, I was like, ‘We’re getting married next year and I’m gonna have a diamond. I’m gonna have babies in two or three years. Who knows? Life is so unpredictable and we’ll take it one day at a time. We’ll get there when we get there.”

Back in December 2016, Rodgers said that they were eyeing a wedding date sometime in 2017. But Fletcher explained the following summer that she was happy just being engaged for a while.

“I’m enjoying being a fiancée and letting him court me,” she said at the time. “It’s still obviously something that we are going to do, and we are still committed in that way, but we’re just enjoying this time together.”

How long were you engaged before getting married? Let us know @BritandCo!