Josh Groban Shares His Harrowing Experience from the NYC Attack 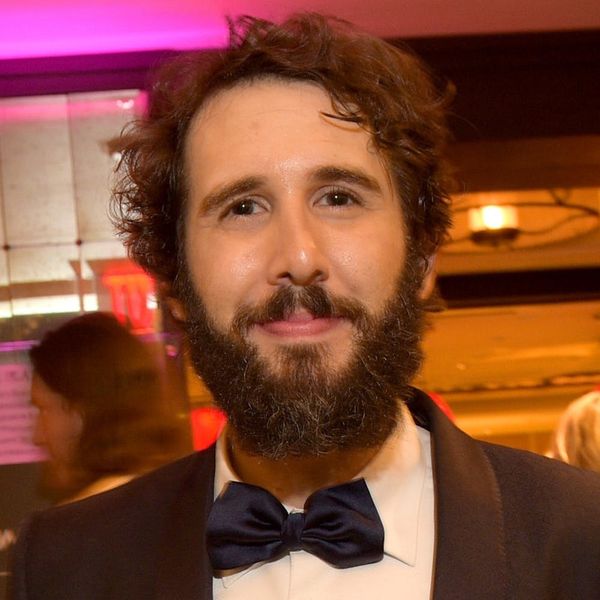 Yesterday afternoon, eight people were killed and nearly a dozen more injured when a man drove a truck onto a busy lower Manhattan bike path, hitting several cyclists and pedestrians, in what is being called an act of terror. The suspect has since been identified as 29-year-old Sayfullo Habibullaevic Saipov, and authorities say he indicated that he was acting on behalf of ISIS in a note found near the truck. It was a frightening few hours for New Yorkers to be sure, including Josh Groban, who happened to be walking his dog nearby when the terrifying incident unfolded.

Taking to Twitter, the singer shared his experience with his nearly 950,000 followers just after 3pm on Tuesday, writing, “Oh my god, I just heard gun shots and ran with my dog. Downtown. F–k.”

Oh my god I just heard gun shots and ran with my dog. Downtown. Fuck.

Groban went on to explain that he was only half a block away from the attack when it happened, saying he heard what he thought was “eight to 10 quick rounds fired off.”

The shots the “Happy XMas (War Is Over)” artist heard were those of an NYPD officer, who shot and wounded the suspect shortly after the attack started. The suspect was carrying only imitation firearms, according to CNN.

I hope everyone’s ok. Was half a block from me, didn’t see it but heard 8-10 quick rounds fired off. Be safe with your kids out there.

I’m shaking. That’s the corner I was supposed to have my coffee but my dog pulled me into the park half a block away 10 min before shooting. https://t.co/AvQeRv7Jha

Shaken, the 36-year-old let fans in on the fact that he was supposed to be at the very corner at which the attack happened for coffee, but that his dog had pulled him into the park just half a block away only 10 minutes prior.

Once I got far enough away I took this video of the quick response from our amazing NYPD and NYFD pic.twitter.com/v0nwJiqmDw

Once the dust had settled, he took to social media once more to acknowledge those lost to the attack.

“Devastated for the victims and their families tonight and inspired by the spirit of this city,” he wrote. He then pointed out the resilience of the city, noting that the sounds of sirens and trick-or-treaters filled the streets equally.

Devastated for the victims and their families tonight & inspired by the spirit of this city. Sirens and trick or treaters everywhere. 💙🗽

The musician also gave a special shout-out to some of the best looks he’d seen out for the season’s festivities. “The costumes are premium A+ platinum level awesome tonight on the streets,” he added. “I especially dig the parent/kid combos like Dr. Brenner/Eleven.”

the costumes are premium A+ platinum level awesome tonight on the streets. I especially dig the parent/kid combos like Dr. Brenner/Eleven.

Even in the face of a tragedy, we’re happy to hear so many were determined to enjoy the evening — and that Groban was okay!

Have you been following the events in NYC? Let us know @BritandCo.