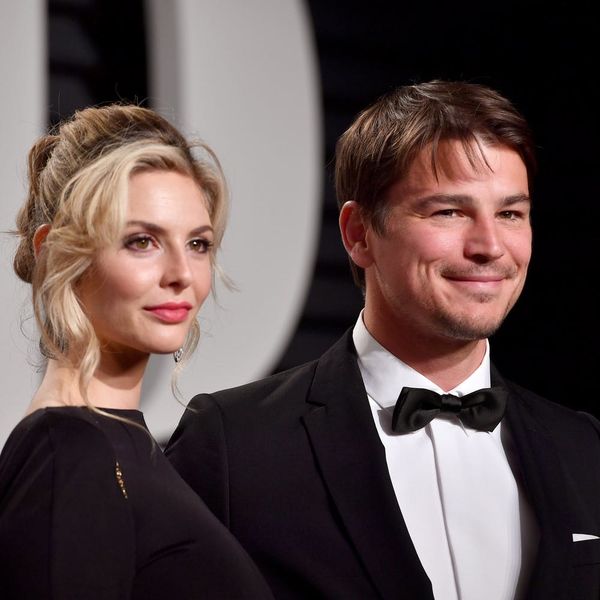 Congratulations are in order! Josh Hartnett and Tamsin Egerton surprised fans with a red carpet baby bump debut back in February, and now your fave ‘90s crush and his longtime love have reportedly welcomed their second child into the world.

The 39-year-old Pearl Harbor actor and the 28-year-old Camelot actress are incredibly private, so have yet to make a public announcement about their big arrival (and likely never will, TBH). But that doesn’t mean they’re hiding away out of sight. According to the Daily Mail, the new family of four was spotted together this week while shopping in Hampstead, London.

While there are no other details about the little one, Hartnett and Egerton, who first publicly acknowledged that they were dating in 2013, are already the proud parents of a daughter who was born in November 2015.

“It puts things in a totally new perspective, of course,” Hartnett said of fatherhood during an appearance on Live With Kelly and Michael in April 2016. “I mean, your ego melts away when you have a new kid. Your heart kind of leaves your body and you give it permission to walk around with someone else for a while. It’s really terrifying but it’s beautiful. I love it more than anything. I wish I would have started it earlier. But I’m so glad that she is the one I’m raising.”

He added that having a kid changed how he thought about his career too. “I used to be a little bit more precious about what I was choosing to work on because I was just so worried about how, like, my career was going to come across and stuff like that,” he explained. “And now with her, I’m like, ‘I just got to work. I gotta make money.'”

Having two kids under two years old certainly isn’t easy, but Hartnett sounds like he’s up for the challenge.