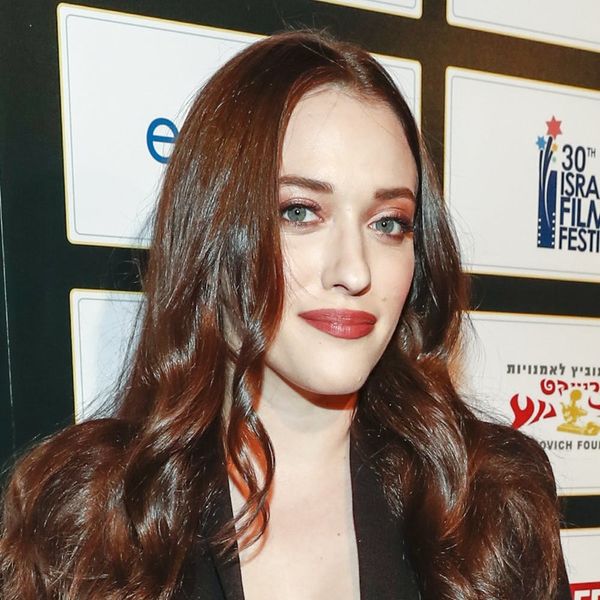 For the past six years, Kat Dennings’ look has remained largely the same while portraying the sassiest waitress of them all on CBS’ 2 Broke Girls. While her former onscreen BFF, Beth Behrs, underwent several major hair changes over the course of the now-defunct show, the RL Max Black’s flowing reddish brown tresses remained, for the most part, untouched. With the series being cancelled (boo!), however, it was time for a change, and the 31-year-old did just that with a brand new set of bangs.

She showed off her fabulous fringe over on Instagram, writing, “BANGS. Thank you @clarissanya for making my forehead vein go away forever and thank you to my whole beautiful team.”

BANGS. Thank you beauty @clarissanya for making my forehead vein go away forever and thank you to my whole beautiful team @laurenandersen @lawrensample and @nksolaka for today ❤

The transformation was a startling, but not at all unwelcome, look for the Big Mouth star. She last rocked the style back in 2015 with some faux bangs while posing as her style icon, Van Halen guitarist Eddie Vedder, for Byrdie magazine. “I am a grunge kid a little bit, so I thought I would throw the Eddie Vedder hat into the mix,” she told the outlet.

Now, she’s rocking the ‘90s grunge cut for real, and TBH, it totally suits her — just LOOK at that curtain mastery!

It’s official: Max Black is gone, and Kat Dennings is here to stay.

Kat Dennings: Bangs or nah? Let us know over @BritandCo.