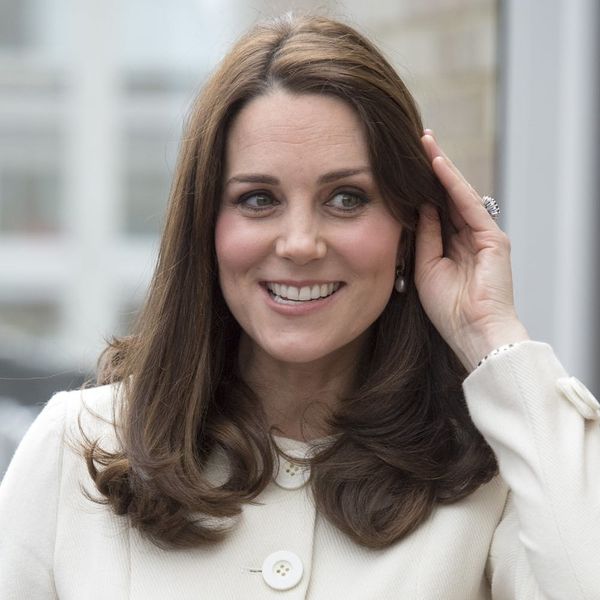 Kate Middleton has no shortage of amazing outerwear, from the green tartan coat she donned for the family Christmas outing to the hot pink number she recently recycled from her last pregnancy with Princess Charlotte. It’s her latest, super budget-friendly look, however, that has us praying for an Amazon restock.

The brunette beauty was spotted stepping out in the aptly named JoJo Maman Bébe Princess Line Maternity Coat ($145) for an appearance at Pegasus Primary School in Oxford, England.

Middleton, 36, sat with the school’s students to chat about Family Links, a UK organization which aims to empower students and their family members to maintain emotional health.

In true duchess fashion, it’s not the first time we’ve spotted the royal in the piece: She also wore it years prior while checking out the site of Downton Abbey in 2015.

Also, it’s got a commoner-friendly pricetag. While it goes for $145 on the retailer’s site, the same style was available at just $95 over on Amazon when the soon-to-be mommy of three originally wore the look.

Naturally, the style has since sold out, but if you’re still dying to have it, you can try your luck on eBay, where it’s currently being resold between $63 and $110.

What do you think of Kate Middleton’s affordable look? Sound off over @BritandCo.

Nicole Briese
Nicole is the weekend editor for Brit + Co who loves bringing you all the latest buzz. When she's not busy typing away into the wee hours, you can usually find her canoodling with her fur babies, rooting around in a bookstore, or rocking out at a concert of some sort (Guns N' Roses forever!). Check out all her latest musings and past work at nicolebjean.com.
Budget-Friendly
Celeb Style
Budget-Friendly Coats Kate Middleton Royal Baby Royal Family