Kathy Griffin Shaved Her Head in Solidarity With Her Sister 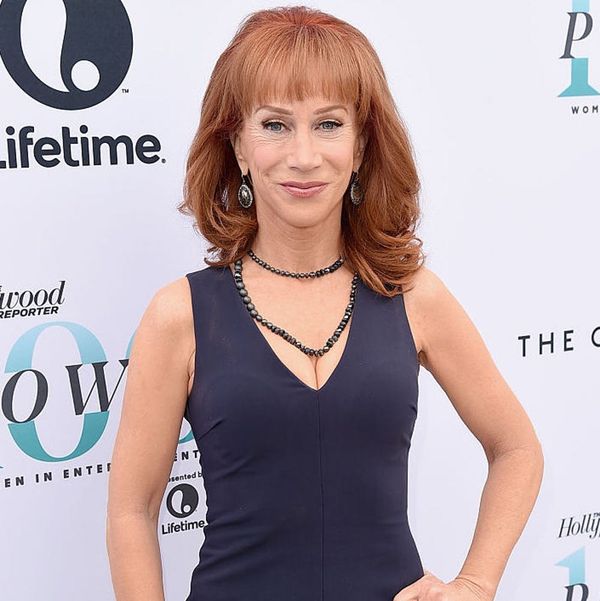 It’s been quite a year for Kathy Griffin, and it looks like it will continue to be challenging. In a surprise to fans this week, the Emmy winner sported a shaved-to-the-scalp bald head in support of her sister Joyce Griffin, who is facing a new cancer diagnosis.

In solidarity with her sister, who is going through chemo, @kathygriffin shaved her head. Donate to @AmericanCancer: https://t.co/NazIbJ9FQ2 pic.twitter.com/UXr9YH1LYc

Griffin’s friend Yashar Ali posted two snaps of the comedian with her newly shaved head on Twitter. “In solidarity with her sister, who is going through chemo, @kathygriffin shaved her head,” Ali wrote, including a note to fans and followers to donate to the American Cancer Society. Griffin’s mom, Maggie Griffin, retweeted the pic, adding, “My daughter Kathleen Mary is a wonderful human being.”

Sadly, Joyce isn’t the first of Griffin’s siblings to be affected by the disease. People points out that the star’s brother Gary passed away at age 63 in 2014 after a lengthy two-year battle with esophageal cancer. (It is unclear what type of cancer her sister has.)

In an Instagram tribute at the time, Griffin wrote, “This AM my brave brother Gary Griffin passed away in palliative care after a brutal struggle w cancer. Our last real conversation, w my brother I loved so much, was just a few days go when I got him this signed picture from his idol, @JoeWalsh. He loved the Eagles, 70s rock, The Chicago White Sox and the Xavier ‘muskies’… Oh & he was funny as sh*t.”

While Griffin has yet to share her own snaps of her new ‘do, she did take time over the weekend to clarify to fans that she is no longer under investigation after her shocking photo shoot depicting the president earlier this year.

“TODAY. The @AP has to clarify. I am no longer under federal investigation. The case is closed, I have been completely exonerated. Finally.”

What do you think of Griffin’s gesture for her sister? Tell us @BritandCo!