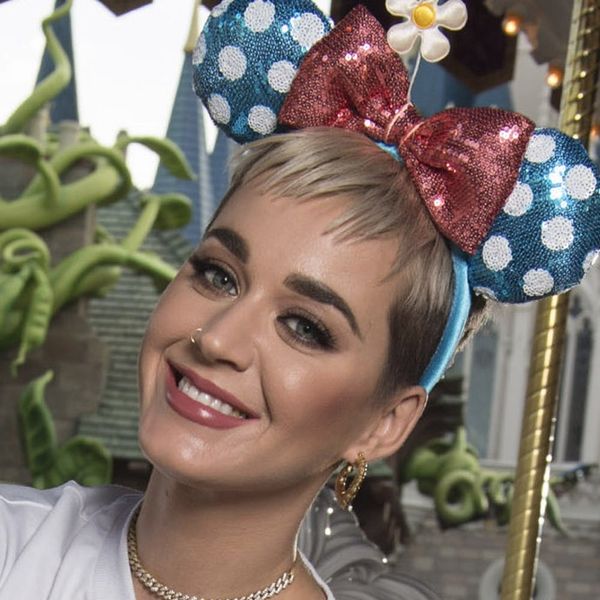 Katy Perry has an early Christmas present for fans! Despite being smack dab in the middle of an international world tour, the “Swish, Swish” singer is taking time out to give her followers a sneak peak at what appears to be some new video footage with one EPIC periodical look, saying “Katy-claus is coming down [your] chimney tomorrow with a visual gift [okay].”

She wasn’t kidding! The Instagram clip, which features the track “Hey Hey Hey” (an upbeat tune from the 33-year-old’s Witness album), showcases the musician all dolled up in her historical finest, channeling Marie Antoinette, the last Queen of France before the French revolution, who ruled from 1774 to 1792.

Girl went all out for her stylish recreation of the monarch, sporting a lavish, bow-adled costume ballgown, a towering blonde, and heavy blush galore. She even went so far as to add the single black beauty mark the former Royal was said to have worn near her mouth in her day to indicate “she’d like a kiss.”

Perry also showed off a seriously impressive hooped petticoat with white gloves, with frilly lingerie peeking out from beneath.

And that’ wasn’t all! Taking on the role of a page boy, she donned a a short black bob and a jester-esque uniform with the “eye” symbol she’s been sporting throughout her latest album’s promotion.

The video seems to be a visual representation of the song’s lyrics, which could reference the fallen queen directly, reading, “…you think that I am fragile like a Fabergé,” and “…Smell like a rose, and I pierce like a thorn…Karate chopping the clichés and norms all in a dress.”

Check out a sneap peek of the video in all it’s period piece glory below and check back tomorrow, when she’ll launch the vid in full!