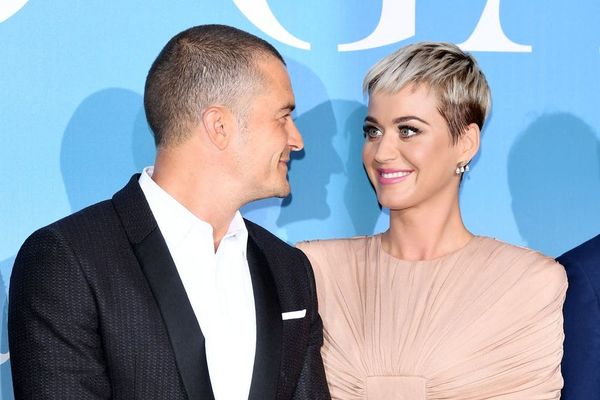 Katy Perry and Orlando Bloom took their romance to new heights when they got engaged during an epic helicopter ride, but the start of their romance was decidedly more down-to-earth. According to Perry, they met over hamburgers from the fast-food chain In-N-Out.

During the Sunday, March 3, season 17 premiere of American Idol, contestant Johanna Jones told Perry and her fellow judges Luke Bryan and Lionel Richie that she works at her local In-N-Out Burger in Las Vegas — a revelation that sparked an unusually excited response from Perry.

“Can I tell you one thing that is kind of sweet?” the Witness singer asked. “I met my boyfriend over In-N-Out. We were at the Golden Globes and we weren’t together. So I had my security guard grab 10 In-N-Outs, and all of a sudden I see my boyfriend’s hand — he wasn’t even sitting at our table — he just swoops in and he grabs it and I was like, ‘Hey, that’s my burger!'”

Jones, the Idol hopeful, quipped, “In-N-Out creates true love,” to which Perry replied, “It really does!”

Perry and Bloom were first linked romantically in January 2016. After a brief split in early 2017, the couple reunited, and Bloom popped the question on Valentine’s Day 2019.

“I thought we were going to go see some art after dinner, but instead we pulled up to a helicopter,” the singer recently told Jimmy Kimmel. “He had written down everything he wanted to say in a note, to divert [while he pulled out the ring]. So I’m reading it, but I’m hearing the champagne is, like, broken, the bottle’s everywhere … and he’s pulling out this box that’s too big for his coat pocket. It rips his coat pocket, and his elbow goes into the champagne, and I’m like, I’m just reading the note.” Even with the mishaps, though, Perry gushed that Bloom “did so well” with the surprise.