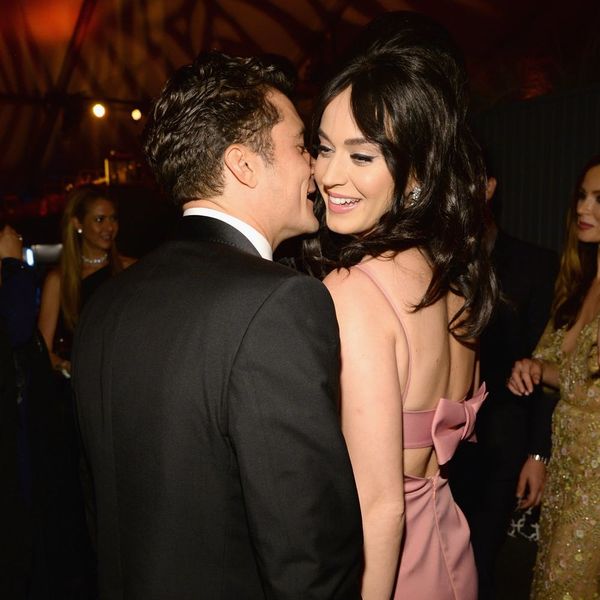 Katy Perry and Orlando Bloom broke up several months ago, ending their high-profile 13-month romance, but recently, rumors of a rekindled relationship have been buzzing after the two were seen getting up close and personal at an Ed Sheeran concert. On Monday, the “Swish Swish” singer opened up about the not-so-straightforward situation.

“Well, you know, I think people are in and out of your life,” the 32-year-old told the SiriusXM Hits 1 show The Morning Mashup. “It’s nice to keep people that you love around you.” While it’s sweet that she admits she still loves Bloom (and we can’t blame her), she went on to clear things up a little more.

“When you get older, lines get blurred,” she said. “And you know what, I’m really busy. I’m about to go on tour for another year.” We can totally understand why a looming (and daunting) work schedule would make someone want to rack up a little extra personal time with the people they care about.

While this certainly doesn’t mean that Perry and Bloom’s relationship is back on (her year-long tour would definitely make that a struggle), we can still watch for glimpses of the Pirates of the Caribbean star on the side-stage of The Witness Tour when it kicks off on September 19 in Montreal, Quebec.

Do you still spend time with any of your exes? Let us know @BritandCo.

(Photo via Kevin Mazur/Getty Images for The Weinstein Company)