Keeping Up With the Kardashians Recap: Kim’s a Christmas Monster 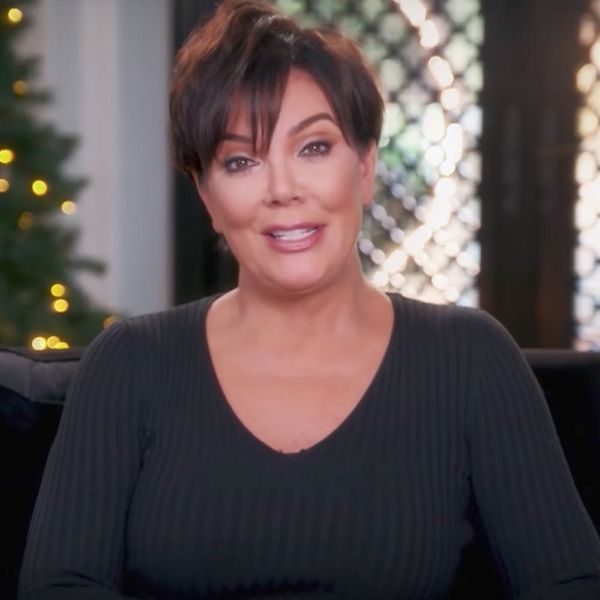 saw Kim getting serious about tackling the homelessness epidemic in Los Angeles, so naturally, this week’s episode is about the epidemic of consumerism that is the Kardashian/Jenners’ Christmas preparations. It’s all a little much, but considering that Christmas isn’t real in a place where it’s 98 degrees in November, it feels like we should just let them have this. Add in Kim’s continued efforts to be socially conscious and the fact that Kris Jenner may soon have nine grandkids to get Christmas presents for, and it’s clear this family is earning their Christmas cheer.

If Kim showed a kinder and more charitable side of her personality last week, this week’s Kim is a frosty nightmare who is hellbent on having a wholly original Christmas display after Kourtney and Kris stole many of her ideas from last year. An initial visit to Aldik Home to plot their decoration schemes turns ruthless when Kim starts claiming certain decorations and shuts down anything Kris wants that is remotely similar. This inspires Kris to steal Kim’s ideas, and when an alleged list of plans mysteriously falls into Kris’s assistant’s inbox, Kris decides to take some of Kim’s ideas and do them bigger and better. Frankly, she should put Kim through a Home Alone obstacle course for being such a yuletide terror.

Meanwhile, it’s nostalgia versus, uh, a different kind of nostalgia over the holiday desserts. Khloé laments the fact that the lemon cake of her youth comes from a Duncan Hines box. She would prefer that it be made from scratch, but Kris has been making the same cake for 40 years and has no plans to change that. Khloé challenges her to a bake-off with self-proclaimed “Food God” Jonathan serving as head judge. While Khloé’s made-from-scratch strawberry blackberry crumble is deemed a winner, the family still wants to keep the tradition of having Kris’s boxed lemon cake for Christmas Eve. Considering how much Khloé touts herself as an excellent cook, don’t be surprised next year if you get three free months of Khloé’s inevitable meal plan service as a stocking stuffer.

Of course, it would be too jarring a shift from last week’s very special episode if the Kardashians didn’t do something for those less fortunate. Kourtney and Kim take their kids to the Los Angeles Regional Food Bank to hand out bags of food to the needy. Kourtney stresses that the holidays are about giving and not just receiving. Thanks, Kourt. You’ve made this whole episode slightly less about how great it is to be rich.

Holiday preparations reach a ludicrous fever pitch with Kris’s Christmas dinner, which she’s hosting in, like, September when this episode was filmed. Kim makes it very clear at the beginning of the dinner that she hates Thanksgiving food, and just like that, she’s out of the running for Season 14 MVP! It was a good run, Kimberly, but you’re a monster. Kris cries with joy over the flood of grandchildren both confirmed by press release and merely rumored. She says through her tears, “I used to pray that one of you guys would have a baby and now it’s a faucet that turned on and won’t turn off.” After she likely dries those tears with money, the party moves to her backyard where Jonathan is dressed up as Santa (yawn) and NANCY KERRIGAN IS ICE-SKATING. Kris got an ice-rink in Los Angeles in, like, September, and Nancy Kerrigan is for real skating on it! Could Kris actually be Season 14 MVP??