Keeping Up With the Kardashians Recap: Play the Favorite 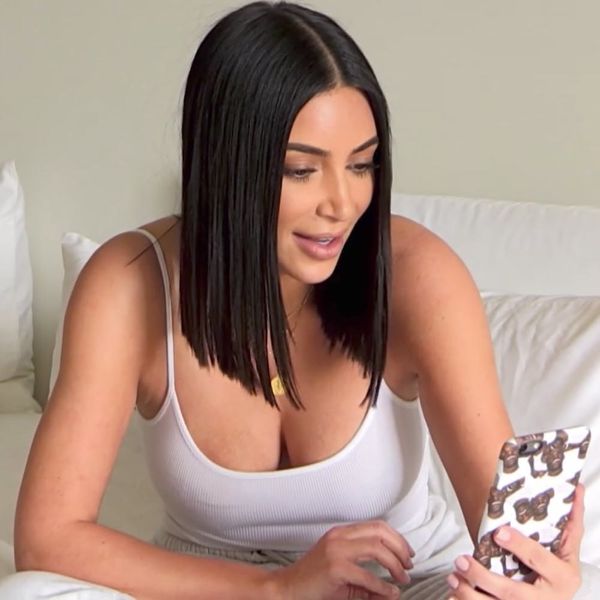 Who will win Kris’s love on this week’s Keeping Up with the Kardashians? Mama Jenner has plenty of reasons to pleased with her progeny, but with so many successful children, how can she give enough appreciation to all of them equally? She’s obviously going to play favorites and some of these determined women will stop at nothing to be crowned Official Best Daughter.

Will it be Kylie? The maybe-pregnant youngest child has been largely absent from this season, but the other sisters clearly see Kylie as the favorite owing to her increasingly nipping at Kim’s heels with earnings from her cosmetics line. The momager’s 10 percent cut from those lip kits isn’t anything to sneeze at, particularly when those makeup brushes are raking it in too, so it makes sense that Kylie might be getting a little more attention. Kris tells Khloé and Kim that Kylie got her a toaster and takes her for massages and it appears that the baby of the family might be the most thoughtful of the bunch. OR IS SHE?

Could it be Kim, who clearly has some Kylie envy? Her best shot at being favorite, short of reminding Kris how similar she is to her beloved mother, is continuing to build an army of fashion and music influencing children and she spends much of the episode working through the logistics of surrogacy. She commits to a surrogate and they begin the process of getting pregnant. Kim worries about the possibility that it won’t take but it does and she lets her family know that they’re pregnant. Amid the excitement, Kim laments that she can’t carry a child on her own anymore and insists that her surrogate’s identity be kept totally private. These are all legitimate concerns, but if having another kid draws Kris’s attention away from her other children, won’t it have been worth it, Kimberly?

What about Kourtney? The eldest Kardashian isn’t playing into the war for favorite child and is much more concerned with maintaining privacy in her budding relationship with Younes. But, like, so much privacy that she refuses to confirm that she’s dating him or even say his name despite near-constant paparazzi coverage of all of their public outings. This upsets Khloé, who confronts her sister about how weird it is to not be able to talk about such a major part of her life. After snapping at Khloé, Kourtney lets her know that she wants to reveal details about her life on her own timetable and not necessarily on the show, but admits to being in a relationship. Dating a much younger model won’t get you points in Kris’s book, but it’s clear you’re not in it to win it, Kourt.

Khloé, on the other hand, is the most dedicated of the favorite child contenders. With no personal drama (I mean, who even knows if she’s really pregnant at this point?), Khloé is dead-set on being Kris’s official favorite. She organizes her kitchen. She arranges to have Saks Fifth Avenue closed to the public so they can shop alone. She buys her a freakin’ hyperbaric chamber to relax in at home. Her competitive nature is coming out in full force here but she channels that energy into revenge when she realizes that Kris has been playing her and Kim the whole time. Kylie did not, in fact, get massages with her or buy the toaster. Kris has made Kylie seem like the golden child in order to get Khloé and Kim to be nicer to her.

Enraged by Kris’s deception, Khloé and Kim go the full Kardashian elaborate revenge scheme route and order Kris’s favorite cakes with vengeful messages written on them. Just as Kris gets excited about getting yet another gift from her daughters, Khloé smashes a cake in Kris’s face and throws another at her. Having taught their mother a lesson, the animalistic sisters taunt their mother by eating one of the cakes off of the floor as they smirk at their frosting covered prey. This warfare is more like watching a National Geographic special than the reality sitcom we’ve been promised. Observe the wild Kardashians in their natural habitat.

What did you think of the episode? Tell us @britandco!