Keeping Up With the Kardashians Recap: When Kris Met Kareem 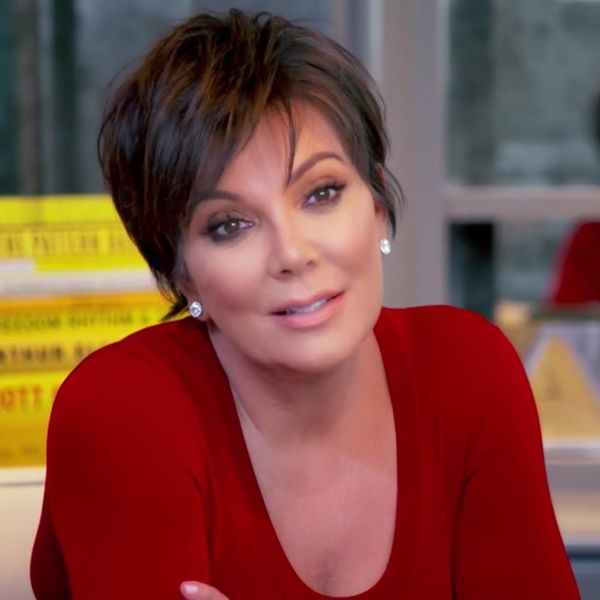 At this point, Keeping Up With the Kardashians is just killing time until we find out that Khloé and Kylie are maybe sorta totally in fact pregnant. With her surrogate cooking up Baby #3, Kim has plenty of time this episode for media training, which she’ll need in order to address her nude glitter escapades and the likely bloody battles between Kimojis and Taymojis. Kris, who goes through a whole emotional arc in her media training, will certainly need to hone her interview skills if she wants to stay relevant enough to keep affording $10 million mansions.

Khloé and Kourtney have been talking about doing a fitness video for a year and it looks like they might finally go full Jane Fonda and Suzanne Somers. They book a dance studio to figure out what the video would look like and realize that they have no clue how to lead a workout. Kourtney quickly abandons the fitness video idea and says they should focus on activewear instead, but Khloé is already working on an athleisure line with Good American. Like a good sister, Khloé decides to pump the breaks on the Good American deal, but Kourtney’s slower pace derails the project and crushes the hope that we will be able to wear Khloé yoga pants with our Kourtney compression socks. At least we didn’t get the Scott jockstrap.

Kim goes to media training and suggests that her sisters and mother go through it as well. Somehow, after a decade in the biz, these ladies have never actually been taught how to do interviews. Kris is anxious about doing media, particularly because she does not want to field questions about Caitlyn. She reluctantly agrees to go with Kim, Khloé, Kourtney, and Kendall to the training. Khloé, ever the MVP, thrives in the training, taking all criticism seriously and eloquently answering questions about SnapChat. Kris struggles at first with readdressing her issues with Caitlyn but eventually goes into professional mode and takes helpful advice like, “Don’t talk so fast and you won’t say something stupid.” Man, I need to get this media coaching gig.

Kris puts her media training to the test by accepting an interview with Kareem Abdul-Jabbar for The Hollywood Reporter. It can’t be said enough that I. Am. Here. For. Journalist. Kareem. Abdul-Jabbar. The famous pro-baller-turned-cultural-critic doesn’t pull any punches with Kris, asking her how she feels about the show’s sex tape beginnings and how the sexualized nature of her daughters’ brands will affect her grandchildren. Kris, obediently now trained in all things media, gives a great, forgettable canned response that gets Kareem nodding in agreement, and just like that, Momager’s got her interview groove back.

While Kris excels at media training and Khloé and Kourtney are able to resolve their collaboration issues, Kendall struggles on all fronts. Kendall and Kylie are having a difficult time planning a friend’s birthday party. Kendall likes things chill where Kylie, who doesn’t actually appear in this episode even though she’s maybe not pregnant, likes to plan everything down to the last detail.

The sisters squabble in a plot about as interesting as watching Stranger Things with all the monsters edited out. Kendall bails early on media training even though she can clearly learn some more lessons from Pepsigate. Teasers throughout the episode lead us to believe that Kylie will finally admit that she’s pregnant, but ultimately the sisters just make up offscreen and we’re left for the rest of December to wonder if Kylie is growing a kid or another lip kit.