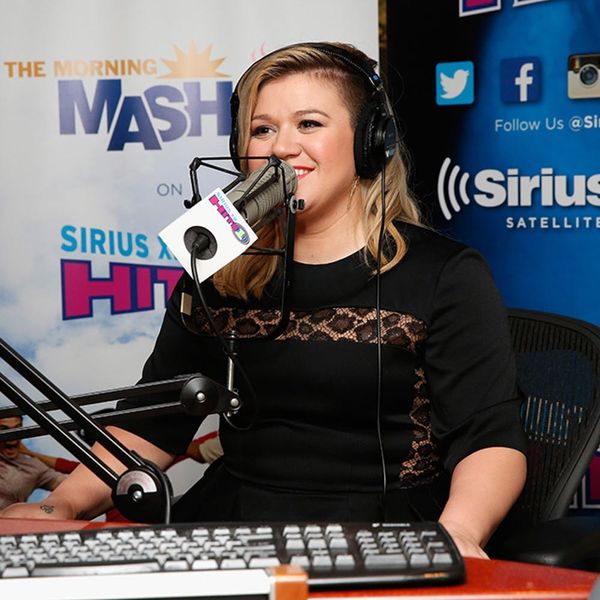 Kelly Clarkson went viral last week when she and Jimmy Fallon teamed up to perform the duet of all duets. But if you thought for one second that Kelly would put that powerful voice of hers to rest, you were sorely mistaken. The pop star joined New York’s KTU Morning Show last week to help the host, Carolina Bermudez announce some super special news.

After Bermudez told listeners that she had a big announcement she handed the mic over to Kelly who began singing an altered version her hit, “Heartbeat Song” complete with lyrics that revealed Bermudez’s second pregnancy. The lyrics went a little something like this, “Your mom and dad had a night of fun/And now Noah’s not the only one/Your mom has got pins and needles on her tongue/Anticipating what’s to come/The family’s growing plus one.”

After she finished a pretty stellar acapella performance, Kelly immediately said, “I almost cried that whole time!” The Morning Show’s other host, Cubby then played a recording of a baby’s heartbeat to make the news crystal clear. Kelly, who has a 9-month-old daughter named River Rose, began tearing up and chimed in with “Oh my gosh, I’m still hormonal, y’all! I’m so excited for you. I’m kind of jealous too cause I want another one already.”

Well, Kelly, it looks like you now have a pretty good idea of how to break the news when the time for baby number two does roll around…

(Photos via @paulcubbybryant and Robin Marchant/Getty)

Cortney Clift
Cortney is the senior writer and special projects editor at Brit + Co. She typically covers topics related to women's issues, politics, and lifestyle. When she's not buried behind her computer you'll find her exploring New York City or planning her next big adventure.
Pregnancy
Home News
Pregnancy
More From Home News