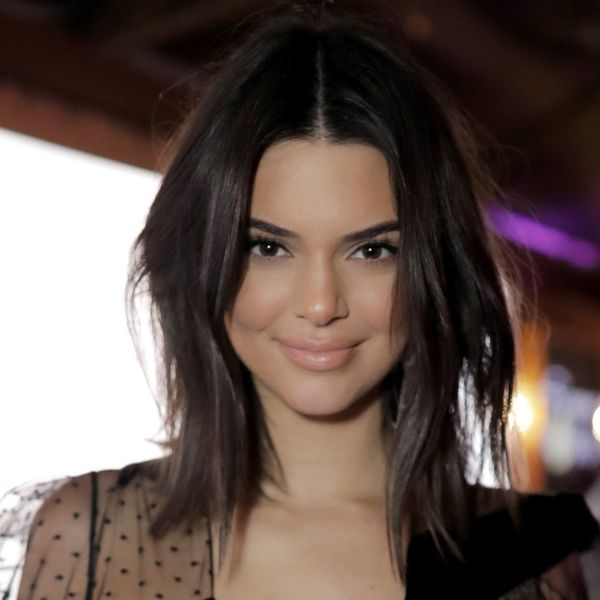 As the world’s highest-paid model, Kendall Jenner is under constant public scrutiny. In the past few weeks alone, she’s been blasted for everything from a tight-fitting dress (she’s not pregnant, okay?) to acne on the red carpet (read her epic response here). There’s one criticism she’s so over, however, and with her February cover for Harper’s Bazaar, she’s setting the record straight once and for all about those comparisons to ’90s supermodels of the past.

As you may recall, the 22-year-old was called out back in 2016 by her predecessors in the industry who took issue with her being referred to as a”supermodel.” Rebecca Romijn told ET that the girls were “not true supermodels,” while Stephanie Seymour expressed to Vanity Fair that fresh faces such as Gigi Hadid and Jenner were merely “b*tches of the moment.”

The reality star clapped back on her app at the time, saying that the term ‘supermodel’ was a relative term, but she’s putting the issue to bed completely with her latest interview, conducted by fellow model Cara Delevingne, in which she defends her supermodel status, insisting that she and other models of this decade “…don’t work any less hard than the ’90s models did when they were young.”

Introducing our February 2018 cover girl, @kendalljenner! @caradelevingne shows us another side of the in-demand supermodel. Tap the link in our bio to see Jenner like you’ve never seen her before. Photography by @solvesundsbostudio Styling by @annatrevelyan Jenner wears @calvinklein, @debeersofficial

While she doesn’t deny that the fashion industry has been impacted by social media (“I’ve actually talked about it with a couple of women, like Cindy Crawford, who have been doing this for a long time”), she insists that “there wasn’t a step taken out” of her climb to the top just because of her whopping 86.2 million ‘Gram followers (and counting).

The naked truth of @kendalljenner. We tapped her best friend @caradelevingne to interview her about fame and family for our February 2018 issue. Link in bio. Photography by @solvesundsbostudio Styling by @annatrevelyan Jenner wears @chanelofficial

“A lot of people are like, ‘Oh, it’s so much easier now because you have Instagram. You don’t even need an agency anymore.’ But that’s just not true,” she asserted. “I still have 12-hour days, I still have even 24-hour days sometimes; I still have to do all those things.”

She also admits the hurtful comments affect her much more than she’d like, tying into what she calls a “debilitating anxiety.” “You go online and you see everyone saying the worst things to each other, and it’s hard to stay positive,” she shared. “It’s hard not to get eaten alive by all the negativity.”

These days, the runway strutter, who recently made the decision to discontinue her app, is coping by staying away. “Lately I’ve just tried to stay off it,” she revealed, adding, “And I definitely don’t look at comments. I think Instagram is still a fun place for the most part. I like going on and seeing what people are up to, but I mostly follow stupid accounts with pictures of puppies and little baby animals and people saving animals. Forget about Twitter, which is so not fun these days. It just makes me sad.”

Read the interview in full here.

What do you think of Kendall Jenner’s opinion on the “supermodel” title debate? Let us know @BritandCo!