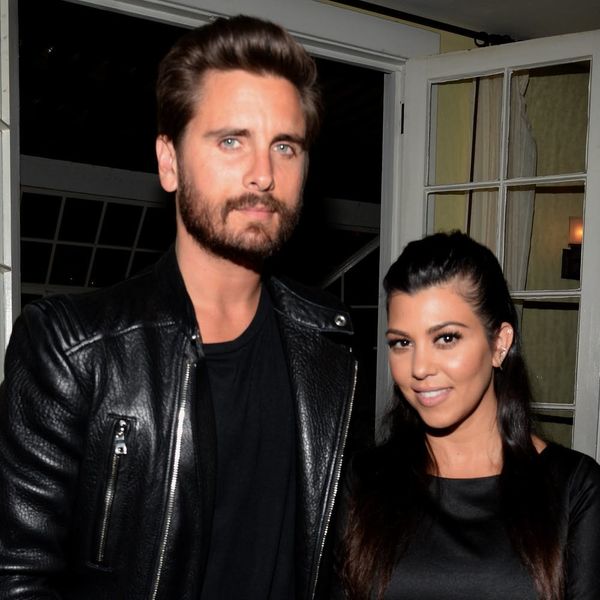 The Scott Disick and Kourtney Kardashian drama continues! This season of Keeping Up With the Kardashians has kept the former couple’s on-again, off-again romance front and center, despite the fact that both have moved on with other people. With Kardashian dating model Younes Bendjima and Disick having recently made things Instagram official with Sophia Richie, the exes’ relationship is more complicated than ever — and in a sneak peek for this week’s episode of KUWTK, Khloé Kardashian calls them out for their “dysfunctional” bond.

In the clip, the parents of Mason, Penelope, and Reign are seen arguing about the state of their relationship while at Khloé’s house. “I just feel like you love that you’re able to hold this over me and that’s like your control factor,” Disick says to his ex.

“And I feel like you think you can go out and do whatever you want and purposely try to hurt me and still get invited to everything,” Kourtney snaps back.

The two go back and forth for a while before Khloé eventually cuts them off, saying, “I am on the longest ferris wheel of all time. Like, we gotta get off the ride at some point and get on a new one. It’s the same old story over and over and over again.”

Her frankness leads Disick to admit, “So let’s be honest: Obviously I’m not able to handle everything that well. I don’t have the best support team. I’d like to try to be a better person, but it’s not the simplest thing.”

Kourtney responds by telling him that he knows what he needs to do to redeem himself, saying he’s one of the smartest people she knows, which prompts Disick to jokingly ask if she wants to “make out” and then inquire about when they’ll get married. That’s when Khloé basically dies inside. “Seriously? You guys are so f*cking dysfunctional. And I don’t know if this is, like, something you do as foreplay, but this is f*cking nuts.”

As they leave the room together, Khloé continues: “The fact that you waste my time when you guys are now just going to get mani-pedis together… You guys are f*cking sick.”

The fight that started off the interaction appears in a separate clip, where Disick accuses Kourtney of being the reason he wasn’t invited to Khloé’s birthday party. She tells Disick a story about not wanting her ex to be “photographed” going into the bash, because, as she reveals during her solo interview, she didn’t want to say, “I didn’t want you there.”

It’s clear that these two still care about each other a lot, but with another three years of KUWTK, it could be at least that long before they figure out their relationship. In the meantime, we can continue to enjoy their weird, “dysfunctional” family.

What do you think of Scott Disick and Kourtney Kardashian’s relationship? Tell us @BritandCo!