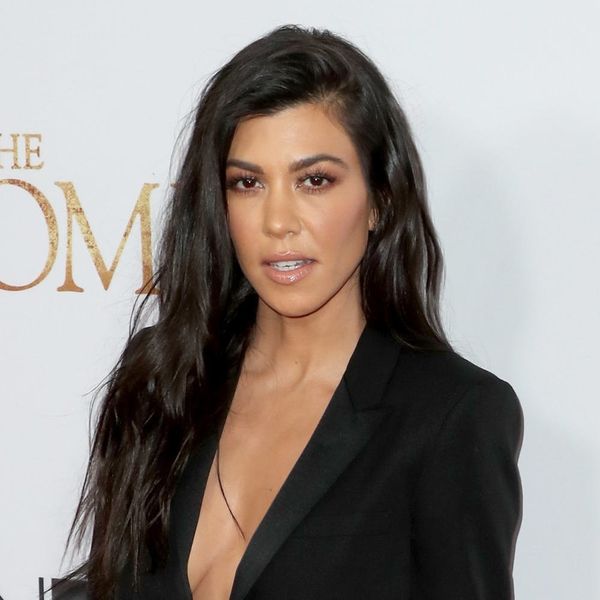 Make no mistake — life over 30 is anything but boring. Just ask Kourtney Kardashian: Girl seemingly has no intention of fading into the background anytime soon, and why should she? Not only was her 38th birthday party a wild extravaganza that reportedly included naked cartwheels and itty bitty bikinis, but it seems that our gal has herself a new man: one former boxer Younes Bendjima.

The mother of three has been hanging with Bendjima, who also just so happens to be a male model, for some time now, but they’ve only recently ventured into the public eye together. The two first met back in October during Paris Fashion Week, just one week after he reportedly split from former GF Jourdan Dunn.

Now, the reality star apparently likes him enough to take their ‘ship out in the open. While sources say they aren’t yet super serious, they have met up on several occasions and “are really getting to know each other and having fun” — which apparently includes checking out his six-pack, as a source for In Touch says she’s been bragging about to pals.

“Kourtney really likes him and will text him to meet up whenever she has time without her kids,” said another to E!. Just this Wednesday, in fact, the couple had lunch at a restaurant called Zinque in West Hollywood before stopping in at an art gallery to admire the pieces. Paps grabbed a shot of the two in the process, and needless to say, tongues are wagging.

There’s one person who’s not too keen on her new budding relationship, however: former boyfriend Scott Disick.

As two separate sources revealed to E!, Disick is plenty upset by the news, despite Kardashian’s warnings that he might soon be hearing about her with another guy. “Scott doesn’t like Kourtney dating Younes at all… Scott can’t stand seeing her with someone else” one said, while another added, “Whether they are together or not, Scott gets really jealous when he sees or hears about Kourtney with anyone. He’ll always love her, regardless of their status.”

First Justin Bieber, now this? Sounds like Scott better step up his game, and fast!

Do you think Kourt should stick with her new paramour or give Scott ANOTHER chance? Tell us over @BritandCo.

Nicole Briese
Nicole is the weekend editor for Brit + Co who loves bringing you all the latest buzz. When she's not busy typing away into the wee hours, you can usually find her canoodling with her fur babies, rooting around in a bookstore, or rocking out at a concert of some sort (Guns N' Roses forever!). Check out all her latest musings and past work at nicolebjean.com.
Celebrity Couples
Celebrity News
Celebrity Couples Kardashians
More From Celebrity News