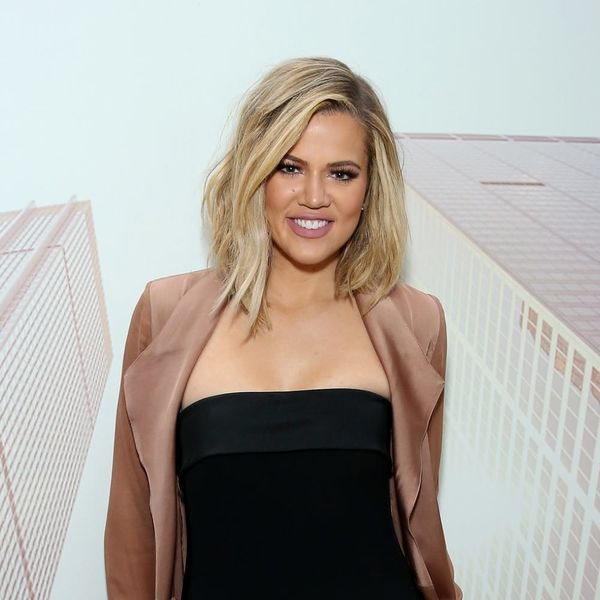 This past year has been all about change for Khloe Kardashian. First, she settled into a new relationship with Tristan Thompson, who plays basketball for the Clevaland Caveliers. Then in October, her denim line, Good American, launched. And in January, her solo-show Revenge Body With Khloe Kardashian premiered. It’s clear that Khloe is actively trying to make positive changes after the end of her relationship with Lamar Odom, and the snapshot she posted to Instagram this weekend suggests it might be working.

The photo captures Khloe with Tristan at his 26th birthday party in late March. The caption says it all: “💕 US 💕.”

The two have been together since last fall, and it looks like whatever they’ve got going on is working, despite a few bumps in the road. Most notably, Tristan’s ex, Jordan Craig, just gave birth to their baby this past December, which sparked questions about the timing of the new relationship.

Clearly, Khloe isn’t letting other people’s opinions get in the way of her feelings.

What do you think about Khloe and her new love? Let us know @BritandCo!