This Kickstarter Will Change the Way You Bring Lunch to Work 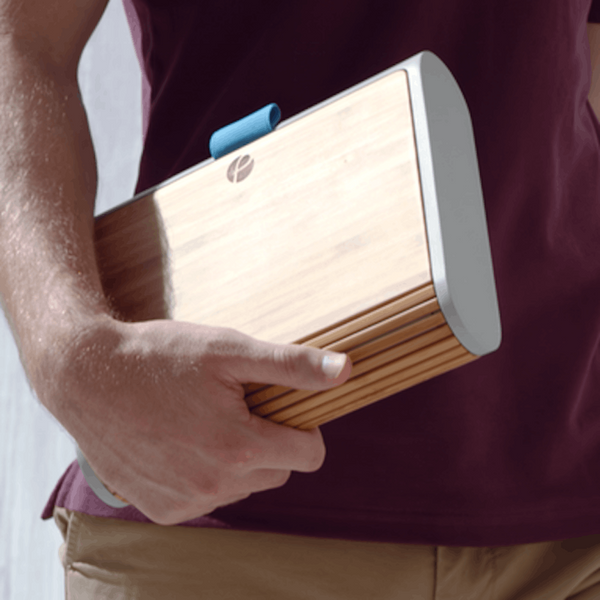 It happens to the best of us: Whether you’re trying to save money by bringing lunch to the office or you’re upping your health game by cooking your food (good on you, girl!), resolutions to make your lunches ahead for work aren’t restricted to just the beginning of a new year. Everyone talks about the extra time and effort that go into homemade lunches, but one thing no one wants to admit is that sometimes bringing lunch to work is hard because it just isn’t sexy — there’s something kinda kindergarten-ish about whipping out a lunchbox at the communal office table.

Prepd, a San Fran-based initiative, is here to change that with their Prepd Pack: an innovative take on homemade meals to go that’s killing it on Kickstarter (this bad boy is already well past its funding goal).

The guys at Prepd have set out to design “a revolutionary new take on the humble lunchbox” that they’ve crafted to both “make lunchtime more enjoyable” and to take back “control of what you eat,” says their Kickstarter page.

After several iterations and redesigns, they’ve come up with a lunchbox that’s based on modular containers that can be arranged in various combinations to suit your changing daily lunch needs. The completely leak-free containers are crafted from tritan, a BPA-free material that is freezer, dishwasher and microwave safe, making managing leftovers a walk in the park rather than an epic hassle. The cherry on top of this already killer design is the magnetic cutlery that comes with it — gone are the days of spoons and forks flying all over the place.

The best part, though, is that Prepd doesn’t stop at just the lunchbox — there’s an app too! They’ve designed it right alongside the lunchbox, since BYO lunch is about so much more than just the container.

According to their Kickstarter campaign, the app is a hub for tasty meal plans that are complete with exportable shopping lists and recipes “designed to fit the prep pack containers perfectly,” which you can browse by “diet type, health goal or key ingredient.” It’s this killer combo that really slays the stress of bringing lunch from home — with it, you know what you’re eating, you don’t have to worry about food waste and you can plan and prep your meals days or even weeks in advance if you’d like.

If you’ve been won over by this smart and design-minded take on lunchtime, you can still get in on the goodness — their campaign is open until February 26 and offers all kinds of super sweet swag rewards for contributions. Toss a few bucks their way and you can walk away with anything from the original pack at a $20 discount to the retail pack, which includes 10 (!) sets of the Prepd pack, all ready to be sold in your store or boutique.

What’s your go-to lunch strategy? Tweet it to us @BritandCo!

Cinnamon Janzer
Cinnamon hails from the prairie lands of North Dakota, has been told that she thinks too much, and loves using oxford commas. She's a writer and editor whose work has been featured in FastCo.Exist, GOOD.is, and more. Cinnamon currently lives in Nicaragua with her dog, Gus.
Kickstarter
Entertainment
Kickstarter Lunch Recipes
More From Entertainment