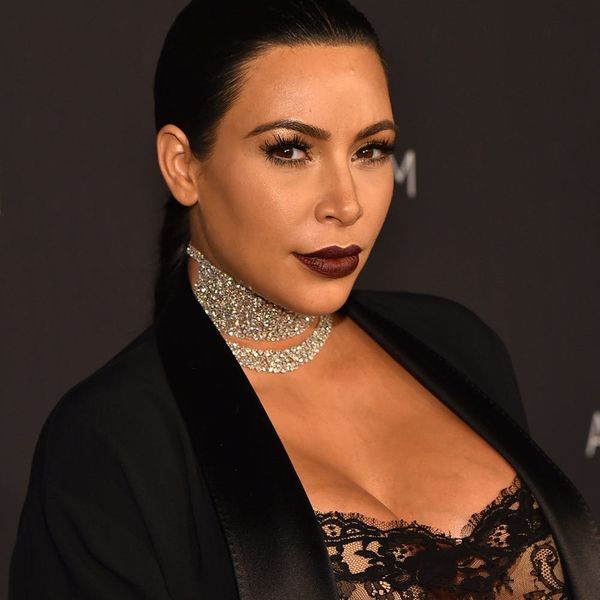 Were you on Internet for at least like five minutes yesterday? If you were then we’re going to go ahead and assume you saw the nude selfie Kim Kardashian posted – whether you were trying to or not. The photo seemed cause some serious debate among users on basically every social media platform. Some people used the photo as an opportunity to Photoshop her into hilarious outfits while Bette Midler decided to weigh in on the trending topic with a tweet that read, “Kim Kardashian tweeted a nude selfie today. If Kim wants us to see a part of her we’ve never seen, she’s gonna have to swallow the camera.” DRAMA.

Kim later responded to the situation with a series of sassy tweets but has now taken to her website to write a personal essay on the issue and, you guys, it’s actually making us rethink this whole situation.

In the essay Kim writes, “I don’t do drugs, I hardly drink, I’ve never committed a crime — and yet I’m a bad role model for being proud of my body?” She goes on to say, “I am empowered by my body. I am empowered by my sexuality. I am empowered by feeling comfortable in my skin. I am empowered by showing the world my flaws and not being afraid of what anyone is going to say about me. And I hope that through this platform I have been given, I can encourage the same empowerment for girls and women all over the world… It’s 2016. The body-shaming and slut-shaming — it’s like, enough is enough. I will not live my life dictated by the issues you have with my sexuality. You be you and let me be me. I am a mother. I am a wife, a sister, a daughter, an entrepreneur and I am allowed to be sexy.”

You know what? Those are actually some pretty great points there Kim. Major kudos to the reality star for not only defending herself but figuring out a way to do so in a smart and eloquent way. What a way to wrap up #InternationalWomensDay, amiright?

Where do you weigh in on the great Kim K selfie debate? Share with us on Twitter @britandco.

Cortney Clift
Cortney is the senior writer and special projects editor at Brit + Co. She typically covers topics related to women's issues, politics, and lifestyle. When she's not buried behind her computer you'll find her exploring New York City or planning her next big adventure.
Kardashians
Celebrity News
Kardashians
More From Celebrity News