Kim Kardashian Steps Out Without Her Engagement Ring 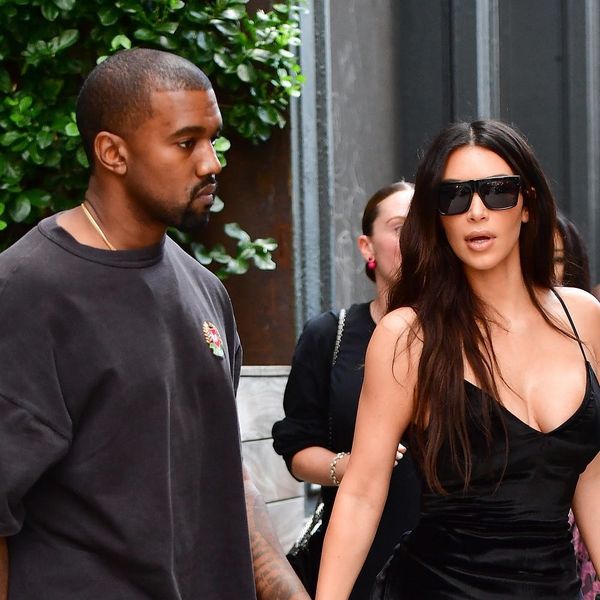 While we were all excited (and a little surprised, frankly) to see Kim Kardashian out in public this weekend after months of remaining relatively hidden away, fans couldn’t help but notice a few key differences in the celeb. Heading out to dinner with Kanye on Sunday night in the pair’s first appearance together since October, Kim was keeping it pretty low-key, at least for her. But there was one very noticeable piece of jewelry missing from her ensemble: Her engagement ring. And apparently this isn’t the first time she’s been spotted without it lately, which has the questions about the status of their relationship (and possible divorce rumors) swirling once again.

As anyone who’s even remotely aware of the reality star knows well, it’s seriously rare for Kim to step out without an impressive (like, jaw-dropping) amount of jewelry. But from the looks of it, Kim is embracing a totally new aesthetic. Stepping out to dinner with Kanye in nothing but a simple wedding band, she was also spotted a day earlier with little Saint West and friend, Brittny Gastineau, again not wearing her engagement ring and instead just the band.

Though some are taking this as a sign of her relationship with Kanye being in an iffy state, it could also merely be Kim scaling back on publicly displaying her bling after it made her the target of a terrifying robbery. Considering her upgraded 20-carat Lorraine Schwartz diamond engagement ring was one of the pieces stolen, it’s no wonder she’s not willing to wear her original 15-carat engagement ring on a day-to-day basis.

Why do you think Kim is no longer wearing her engagement ring? Tweet us @BritandCo!