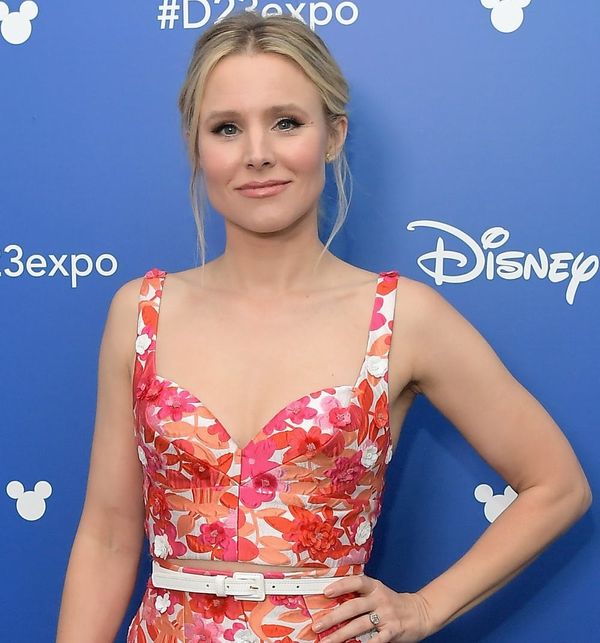 Over the weekend, Kristen Bell let fans know that she was one of the many who would be trapped in Florida for the duration of destructive Hurricane Irma. After being unable to get out of Fort Lauderdale, where she was reportedly on location filming her upcoming movie Like Father, Bell wasted no time gathering supplies, and even helped her Frozen castmate Josh Gad’s family find a safe place to stay during the storm. When the actress herself ended up hunkered down in Orlando, she decided to “make lemonade” out of Irma by serenading evacuated families and spending time with displaced senior citizens.

Bell first spread her cheer at Meadow Woods Middle School in Orlando, which was acting as a shelter for evacuated families. The school posted a video of Bell to their Facebook page, writing, “This was today’s wonderful surprise from Kristen Bell… She’s amazing!”

Bell apparently entertained the crowd with a few songs from Frozen. Videos show her singing “For the First Time in Forever,” and according to the piano player for her impromptu concert, she also performed “Do You Want to Build a Snowman?” and a cut song, “More Than Just the Spare.”

When youre #singinginahurricane, your volunteer back up dancers can & will steal the show. Richard and Rebecca everyone! #hurricaneirma

Bell didn’t post any clips of her middle school revue, but she did share a photo, joking in an Instagram caption that her volunteer backup dancers, Richard and Rebecca, totally stole the show. (We don’t disagree!)

Dear @daxshepard, this is john. He's my side piece here in Orlando. I hope you understand. I'm powerless over a man who serenades me. Xo Kristen

But she wasn’t the only one doing a little serenading — Bell shared a video of one of the local senior home evacuees singing a sweet rendition of “You Are My Sunshine” to her. “Dear @daxshepard,” she captioned the video. “This is John. He’s my side piece here in Orlando. I hope you understand. I’m powerless over a man who serenades me. xo Kristen.”

There are a few thousand senior residents who evacuated to our hotel. We are gonna make lemonade outta Irma as best we can and I'm fueling up the only way I know how in order to call a few hours of BINGO! #irma #hurricaneirma

Per Instagram, she also joined many of the evacuees for dinner, called a “few hours” of Bingo to help keep everyone entertained, and even held midnight wheelchair races (which she “narrowly” lost to actor Paul W. Downs).

We have a feeling we’re not the only ones crying Kristen Bell-esque happy tears right now. In the face of hardships, we could ALL take a lesson from Bell in trying to make the best of a bad situation.

Do you try to stay positive in bad situations? Let us know @BritandCo.