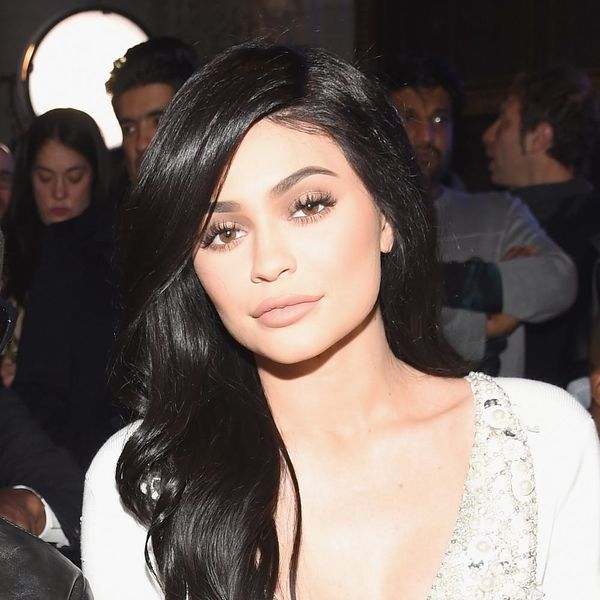 Despite not having Emma Stone on his arm in the end, we figured high schooler Jacob Staudenmaier had this year’s prom on lock after the Oscar-winning actress wrote him a personal letter in response to his epic La La Land promposal. The actress said she would unfortunately be on locale in London working, but did pay him the ultimate compliment when she said he looked like Ryan Gosling a bit around the eyes.

High school student Albert Ochoa from Rio Americano High School in Sacramento, California just may have him beat, however, as he actually managed to nab a very famous date to his own junior dance: one Miss Kylie Jenner!

This is Kylie jenners date pic.twitter.com/DRNSrwgCc7

The reality starlet showed up to meet the incredibly lucky young man with her BFF Jordyn Woods (who she donated a generous 10K to when her father passed away earlier this year).

The two ladies were looking fierce, with Kylie rocking a silky blush colored one-shoulder gown and Woods serving up some serious sass in red.

#Kylie Jenner crashes prom with date who was rejected

Needless to say, Ochoa’s classmatess were FREAKING. OUT., sharing pics, videos, and the works.

The man of the hour was likely more pleased than anyone, especially as he had reportedly been denied for a date by a classmate.

As for Jenner, it was a chance to live out life as a normal student for a change: She forwent a prom of her own, as she was home schooled, and it’s something she has reportedly expressed interest in doing in the past, saying, “I feel like I need to go to one. I want to go to one of them.”

Wishes granted, all around!

Who would be your dream celeb prom date? Tell us @BritandCo.

Nicole Briese
Nicole is the weekend editor for Brit + Co who loves bringing you all the latest buzz. When she's not busy typing away into the wee hours, you can usually find her canoodling with her fur babies, rooting around in a bookstore, or rocking out at a concert of some sort (Guns N' Roses forever!). Check out all her latest musings and past work at nicolebjean.com.
Kardashians
Celebrity News
Kardashians Prom