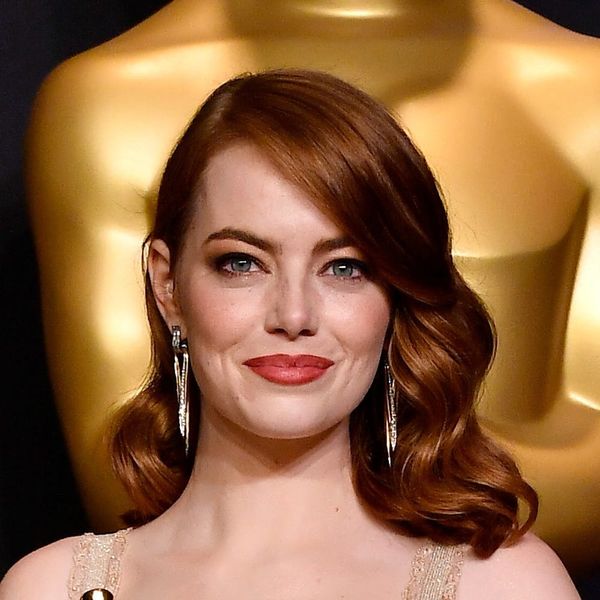 These days, the way you ask a girl to prom is almost as important as the girl you’re going to ask: Just ask Jacob Staudenmaier. The teen went all out to make a promposal for his dream woman by recreating the opening scene from the movie she just so happened to win an Oscar for.

“I decided to ask Emma Stone to prom by recreating the opening scene from La La Land,” he captioned his YouTube vid. “I rewrote the lyrics to the song myself and directed the video and did the choreography too.”

I'm asking Emma Stone to prom and decided to recreate the opening scene from La La Land. Link is in my bio.

Dang! That’s dedication! Clearly, even Stone herself was impressed with the now-viral vid, which features Staudenmaier running around town in a tux alongside his friends and classmates while singing such comical lines as, “Please don’t let me down… it would be in your hometown” (Stone herself is from Arizona.) The actress has since responded to the young man, and while she won’t be able to attend his school dance, as she has prior commitments, she did leave the aspiring filmmaker with some pretty high praise.

As he shared this morning on Good Morning America, the 28-year-old wrote Stuadenmaier a letter that read as follows: “JACOB, thanks for making the greatest proposal I’ve ever received. I can’t tell you what an honor that was and how much I smiled through that entire beautifully orchestrated video. I’m in London working, but I hope you have the best time at prom, and I’m grateful you thought of me. THANK YOU. PS — I do see Gosling around the eyes. Love, Emma.”

Though he may not have the Easy A star on his arm come April 29 (womp, womp), he told the GMA hosts he still plans to attend with friends. We’ve got a sneaking suspicion he won’t have any difficulties finding a dance partner or 12 while there: what a sweetheart!

What do you think of this epic promposal? Tell us over @BritandCo.

Nicole Briese
Nicole is the weekend editor for Brit + Co who loves bringing you all the latest buzz. When she's not busy typing away into the wee hours, you can usually find her canoodling with her fur babies, rooting around in a bookstore, or rocking out at a concert of some sort (Guns N' Roses forever!). Check out all her latest musings and past work at nicolebjean.com.
Posts that contain video
Celebrity News
Posts that contain video Prom YouTube