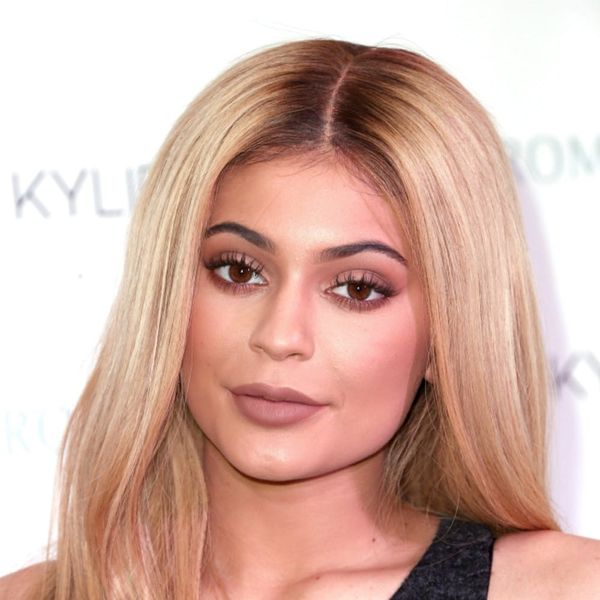 Another day, another Kylie Lip Kit kontroversy (see what we did there?). After the Internet went wild with accusations that her lip kit was just a re-branded and overpriced version of the popular (and cheaper) ColourPop sets, we thought Kylie’s days of lip drama were over. Well, considering that she is a Jenner/Kardashian and drama seems to follow them everywhere, we definitely spoke too soon. This time, a color leak of her newest matte lipstick has caused a huge commotion over on IG, and Kylie’s not playing nice about it.

Popular Kylie lipstick fan page, the Lip Snitches, published a photo of one of Kylie’s new matte colors on their hugely popular IG account on July 8. The page, that promotes itself as the premier Kylie Lipkit update page, shared a leaked photo of matte color “Leo” which prompted an angry notice from Kylie’s legal team. While Kylie’s reps didn’t only crack down on the Lip Snitches — other beauty bloggers who shared the leak also got called out – they definitely went hardest on the Snitches, who were the first to share the leaked photo. FWIW, the Snitches took down the photo and issued the above apology, stating that they took responsibility for the leak going viral and that they’d work on making sure that getting a “scoop” didn’t trump doing what was right.

Once the air was cleared, Kylie let people know via Twitter that she’d be releasing three new mattes very soon, so if you happened to check the leak and liked the shade, chances are that it could soon be yours!

Kat Armstrong
Kat has been a writer, social media maven and mom for longer than she's willing to admit. She's also spent time in front of and behind the camera, interviewing celebs, politicians and acting as a producer for fashion and artistic photography shoots. When she isn't writing for various orgs and publications, she's hanging with her kids, husband and French Bulldog, Peter, in Toronto, Canada.
Kardashians
Beauty News
Kardashians