Kylie Jenner Wore Thigh Cutouts and What the Actual Eff Is That? 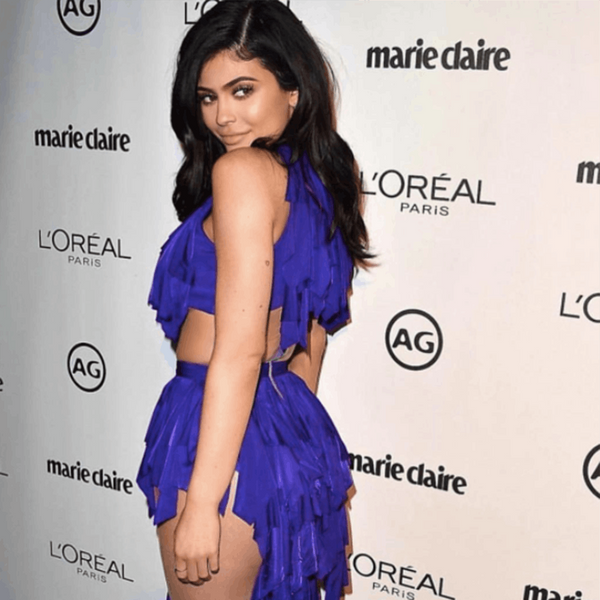 Kylie Jenner is not known for holding back. Over the past year, we’ve seen her transform her hair, home and face. And if 2016 was her year of “realizing stuff,” it looks like 2017 could become Jenner’s year of discovery. Case in point? The dress Jenner wore last night.

Last night, Jenner posted several photos and videos on Instagram of herself in a purple Balmain dress. The dress features cutouts in a surprisingly high number of places, but the most unexpected are two giant cut-outs on either thigh. And when we say giant, that could even be considered an understatement.

It only makes sense that Jenner would choose to wear the look last night. The event she was attending was held by Marie Claire to honor the work of Olivier Rousteing. He’s the creative director of Balmain aaaaaaand Jenner’s date for the evening. Showing up in anything less than your fashion designer date’s wildest creation would have been a waste of an opportunity, right?

Now we all just have to sit back and wait to see if thigh cutouts actually become a *thing* this year. Welcome to 2017.

What do you think of Jenner’s dress? Let us know @BritandCo!

Cailey Rizzo
Cailey is a junkie for all things pop culture. She studied journalism and English literature at SUNY Purchase, then continued studying French cinema and literature at Paris IV Sorbonne. She currently lives in New York where she can often be found singing '70s music at karaoke bars.
Celebrity Style
Style News
Celebrity Style