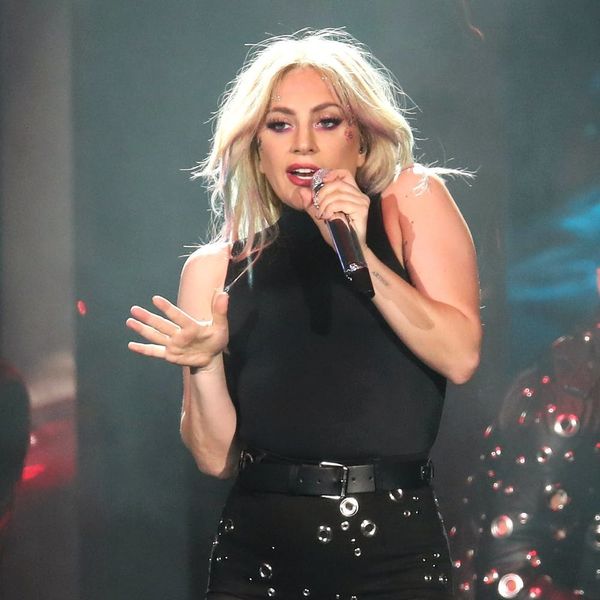 Even Lady Gaga needs a sick day every once in a while. The “Million Reasons” singer, who’s currently on her Joanne World Tour, was forced to postpone a concert due to illness this Labor Day weekend, but she went above and beyond to make it up to her fans — by throwing an impromptu pizza party for them on the street.

“Unfortunately tonight’s Lady Gaga Joanne World Tour Concert has been postponed,” a joint statement from Live Nation and Evenko explained after Gaga had to back out of her Monday, September 4, concert in Montreal. “Hoping not to disappoint her fans, Lady Gaga took today to rest but unfortunately has now been instructed by her doctor that she will need to reschedule this evening’s show due to respiratory infection and laryngitis.”

Gaga certainly made the right decision for her health, but that doesn’t mean she didn’t feel guilty about the situation.

I'm so sorry Montréal. We are working on postponing the show. Please read this message from my ❤️ below. pic.twitter.com/ktglIGpykL

The American Horror Story actress sent a message to her loyal and loving fans via Twitter, writing, “I’m so sorry Montréal. We are working on postponing the show. Please read this message from my ❤️ below.” In a longer note, she added, “To my beautiful fans. I couldn’t be more devastated that I am unable to perform tonight. I sing this entire show live, and pride myself in giving it all, but when I sang in the rain at Citi Field I got sick and have been pushing through. I am so sorry to anyone who had their heart set on seeing me tonight. I love you. Xoxo, Joanne.”

She followed that with a tweet saying, “I’m sending free 🍕 to any monsters outside my hotel The William Gray Montréal 😭. I love u so much & I’m so sorry u are the most loyal fans.”

I'm sending free 🍕 to any monsters outside my hotel The William Gray Montréal 😭. I love u so much & I'm so sorry u are the most loyal fans.

Lady Gaga sent pizza to her fans to make up for the cancellation! What a sweetheart! pic.twitter.com/rDwxyJcw1p

Thank you @ladygaga for the pizza. We love you 💖 #JoanneWorldTourMontreal pic.twitter.com/KuRwjjoDGY

And because she couldn’t sing to them, they sang to her when she appeared on the hotel roof.

Lady Gaga is watching her fans from her hotel and sent them autographs and free pizza. 💞 #GetWellSoonGaga pic.twitter.com/WDWncWDTGf

Monsters outside gagas hotel singing after the pizza pic.twitter.com/snEJFzrldQ

She came back out to say hi pic.twitter.com/4MWzotp9Dk

What do you think about Gaga’s pizza party for fans? Let us know @BritandCo!