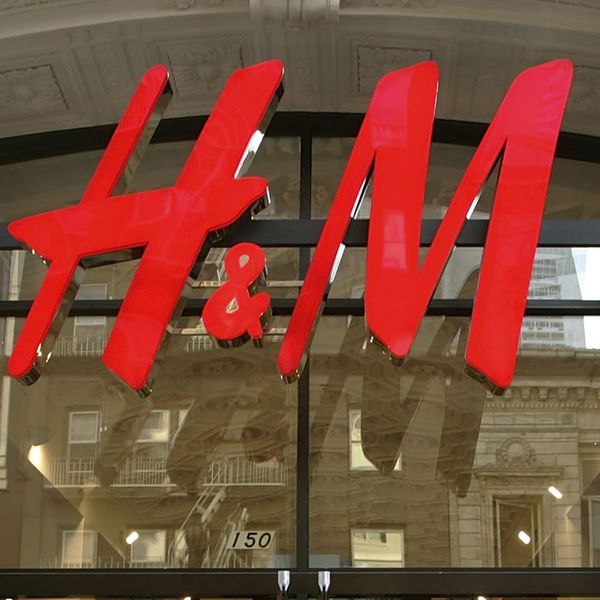 Sustainability is more than a trend — it’s a push to make Earth’s human footprint smaller across multiple industries. Fashion is one of the biggest players working toward a more eco-friendly future, thanks to companies that have stepped up to revamp their systems, and H&M is leading the charge. Having already announced its plans to become completely circular by 2030 through the use of some, erm, interestingmethods, the company is taking the first steps by donating its leftover clothing as… power plant fuel?

According to Bloomberg, a heat and power station in Västerås, Sweden (west of Stockholm), is no longer using coal or oil to fuel its operations as part of an effort to become fossil fuel-free by 2020. Instead, the station is burning recycled wood and trash, which now includes discarded unwearable clothing from H&M.

That’s right! Instead of burning 400,000 tons of trash, 15 tons of H&M clothing have been burned so far in 2017, with the outlet saying roughly 150,000 homes have gained their power from the unused clothing. Jens Neren, head of fuel supplies at Malarenergi AB, the company that owns the station, told Bloomberg, “For us it’s a burnable material. Our goal is to use only renewable and recycled fuels.”

The company isn’t simply looking for an easy way to skimp on donations, either, as the clothing used for fuel is comprised of goods that have been deemed unfit for use. “H&M does not burn any clothes that are safe to use,” Johanna Dahl, head of communications for H&M in Sweden, assured. “However, it is our legal obligation to make sure that clothes that contain mold or do not comply with our strict restriction on chemicals are destroyed.”

Sounds pretty genius to us!

What do you think of H&M’s latest initiative? Tell us @BritandCo!

Shea Lignitz
Shea can be found in the nearest bookstore or brewery, exploring the great outdoors, or blasting Led Zeppelin. She grew up in the cold and rain of Northern California's redwoods but is currently wandering around Texas.
Eco-Friendly
Style News
Eco-Friendly Shopping