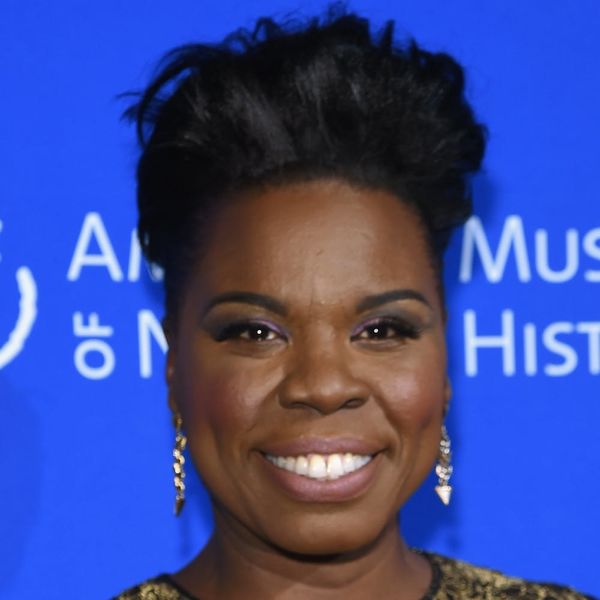 The 2018 PyeongChang Winter Olympics are well under way, and as excited as we are for the unforgettable moments this year’s games are sure to have in store, the main event seems to be happening miles away — in Leslie Jones’ living room.

After an amazing debut performance as the best Olympics commentator of all time for the 2016 Rio games, the Saturday Night Live star took to Twitter Saturday night to reprise her role, giving fans a live play-by-play on the evening’s ice skating events, including the team competition short dance, ladies’ short program, and pairs’ free skate.

This is gonna a good night!! @Olympics pic.twitter.com/yxQseUY6qC

The Ghostbusters actress kicked things off by describing American skater Bradie Tennell’s moves to a tee. “This is setting up to be like, you know, some Cinderella sh*t. It’s like some uh, Black Swan sh*t!” she quipped.

Things only got better from there, as a slew of fashion commentary ensued. The 50-year-old was seemingly none too impressed with the couples’ sartorial choices — until Germany’s Kavita Lorenz and Joti Polizoakis hit the ice, that is.

After initially dubbing the ensembles to be “okay,” Jones quickly changed her mind once she got a load of the back of Polizoakis’ getup. “The dude’s back out! He’s killing the game right now. He’s killing the game! You know how he’s standing. He’s standing how I feel when I get my nails and my feet done and I want to stand outside of Bloomingdale’s and pose with my feet and my nails, like, look! They match.”

One of her absolute fave outfits of the night, however, came courtesy of Canada’s Kaetlyn Osmond. “Best outfit so far!!!!” she gushed in the caption while screaming, “I want that as the top of a gown! That is CUTE!”

After all the action in the skating rink was done, Jones tried to tune into the curling match, but didn’t appear to have quite as much fun with the sport. “This is not an Olympic event…. What do they have? Do they have like, Swiffers? Are those Swiffers? ARE THOSE SWIFFERS?” she shouted in mock outrage.

Hey this is the worst shuffleboard game I have ever seen!! Wtf is going on?! @NBCOlympics @Olympics pic.twitter.com/dPvJdVqAy7

As of Sunday morning, she was back at it with a brand new setup made up of not one, but TWO screens. “Yeah, man, I gotta set it up,” she told fans.

Got to get extra screens lol @NBCOlympics @Olympics pic.twitter.com/JxkF3dy56K

“I gotta set up my iPad and I have to set up the television, so I can make sure I can cover both things, man.”

What do you think of Leslie’s Olympic commentary? Tweet us @BritandCo.