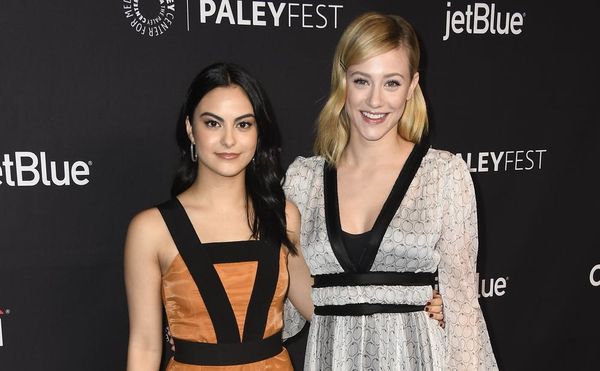 Riverdale costars Lili Reinhart and Camila Mendes could easily pair up with their significant others for some adorable couple’s costumes this Halloween, but the on-and-off screen besties are instead planning an epic costume together.

“Don’t want to get anyone overly excited… but… @CamilaMendes and I have a very special Halloween couples costume this year,” Reinhart tweeted on Thursday, October 25. Mendes quickly retweeted the tease, but neither gave any other hints as to what they might be planning.

Don’t want to get anyone overly excited… but… @CamilaMendes and I have a very special Halloween couples costume this year.

Fans of the actresses immediately started guessing and offering up ideas. “Imagine if y’all got lazy and were Betty and Veronica hahahah,” one user tweeted, before another jumped in and suggested the girls switch characters, with Mendes dressing as Betty and Reinhart as Veronica.

Other suggestions included Lizzie and Isabella from The Lizzie McGuire Movie, Mary Kate and Ashley Olsen, the Powerpuff Girls, and Serena and Blair from Gossip Girl, which would be sort of perfect. One thing we all agree on: We’re excited to see the reveal, and we expect lots of pictures.

Last year, Mendes kept it relatively simple with an ethereal fairy look, while Reinhart donned skeleton makeup with her IRL boyfriend and fellow Riverdale cast member, Cole Sprouse. Reinhart is a fan of the holiday, often posting epic makeup looks on her Instagram, and we can’t wait to see what she and Mendes come up with this year.

What do you think Lili and Camila will dress up as? Let us know @BritandCo!