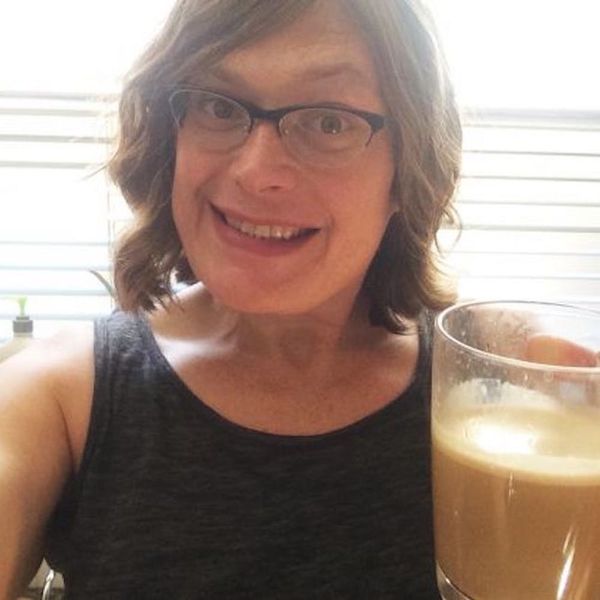 Four years ago, Lana Wachowski, one half of the masterminds behind films like V for Vendetta and The Matrix trilogy, officially came out to the world as a transgender woman. What was deeply unfair about her story, however, is long before she made any official announcements, there was already plenty of speculation and rumored reporting done by news outlets — some even 10 years before the director’s own statement. Just yesterday, the other half of the Wachowski siblings, Lilly Wachowski, also came out as trans in a powerful essay she penned for Windy City Times, which was befittingly published on International Women’s Day… but not before a larger news outlet threatened to out her to the world.

In her brutally #girlboss essay, Lilly writes, “I knew at some point I would have to come out publicly. You know, when you’re living as an out transgender person it’s… kind of difficult to hide. I just wanted — needed some time to get my head right, to feel comfortable. But apparently I don’t get to decide this.”

She goes on to detail the story of a reporter showing up unsolicited at her doorstep from The Daily Mail in the UK (which the paper now denies):

“Standing on my front porch was a man I did not recognize. ‘This might be a little awkward,’ he said in an English accent… He proceeded to explain he was a journalist from the Daily Mail… And that I really had to sit down with him tomorrow or the next day or next week so that I could have my picture taken and tell my story which was so inspirational!

“After he had given me his card, and I closed the door it began to dawn on me where I had heard of the Daily Mail. It was the ‘news’ organization that had played a huge part in the national public outing of Lucy Meadows, an elementary school teacher and trans woman in the UK. An editorial in the ‘not-a-tabloid’ demonized her as a damaging influence on the children’s delicate innocence and summarized ‘he’s not only trapped in the wrong body, he’s in the wrong job.’ The reason I knew about her wasn’t because she was transgender, it was because three months after the Daily Mail article came out, Lucy committed suicide.”

In an incredibly brave move, Lilly decided to come out publicly, but she would do so on her own terms — and she’d drop some serious life lessons along the way. “In response to this threatened public outing against my will, I had a prepared a statement that was one part piss, one part vinegar and 12 parts gasoline,” she writes. (*insert millions of voices screaming, “YAAAAAAS!” here*) “So yeah, I’m transgender. And yeah, I’ve transitioned.” She goes on to state how she feels like she is “one of the lucky ones” to have the support of her family and friends. “Having the support of my family and the means to afford doctors and therapists has given me the chance to actually survive this process.”

Lilly takes issue with the words ‘”transgender” and “transitioned,” however, and makes an incredibly valid point as to why these terms can be misleading and problematic. “There is a lack of nuance of time and space,” she writes. “To be transgender is something largely understood as existing within the dogmatic terminus of male or female. And to ‘transition’ imparts a sense of immediacy, a before and after from one terminus to another. But the reality, my reality is that I’ve been transitioning and will continue to transition all of my life, through the infinite that exists between male and female as it does in the infinite between the binary of zero and one.”

“We need to elevate the dialogue beyond the simplicity of binary,” she concludes. “Binary is a false idol.” BOOM. Mic drop.

What do you think about Lilly’s message? Tweet us @BritandCo!

Kimberly Wang
Kimberly Wang writes about all things pop culture, tech, style, and beauty. She's a Bay Area transplant and has an MFA in Creative Writing from Columbia University. On a sunny New York day, you can find her hanging out with her mini schnauzer Isabelle Jellybean on a blanket in Central Park.
transgender
Celebrity News
transgender