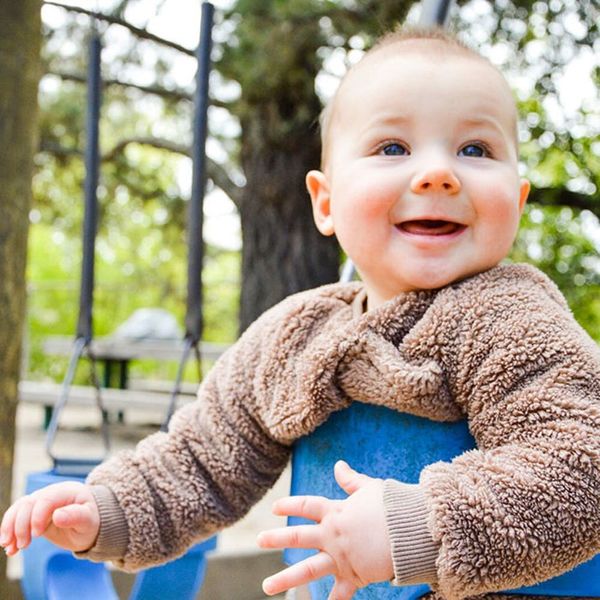 The current Number 1 name for girls comes from Jane Austen’s Emma, first published in 1815. Even in our age of modern inventions like Jaxson and Skylar, plenty of parents stick to the classics — in baby names and literature, too. Nothing says that twenty-first century writing can’t inspire great names. Plenty of novels from today are rich with interesting possibilities.

Let’s take a look at nine literary baby names, with ties to the great works of yesteryear, as well as some current favorites.

1. Frances: Ladylike Frances is following buttoned-up girl names like Eleanor and Caroline up the popularity charts. Now it’s the name Noah Wyle and new wife Sara Wells have given to their daughter. Wyle is also dad to son Owen and daughter Auden — as in the poet — from a previous marriage. Frances brings to mind A Little Princess author Frances Hodgson Burnett. And her middle name is Harper — as in the author of To Kill a Mockingbird, and one of the fastest-rising names of the last decade.

2. Atticus: Jennifer Love Hewitt is the latest celebrity parent to borrow the name of legendary fictional lawyer Atticus Finch for her son. Actors Casey Affleck and Daniel Baldwin have sons by the name, and No Doubt’s Tom Dumont named his second son Rio Atticus.

3. Huck: Mark Twain invented Huckleberry Finn for his 1876 novel The Adventures of Tom Sawyer. Huck got a spinoff of his own — 1884’s Adventures of Huckleberry Finn — and both boys appeared in additional sequels. Tom is a classic boy’s name. Finn and Sawyer have caught on in recent years. Could Huck be next? The name was given to 67 boys in 2014, plus another 21 Huckleberrys.

4. Cora: James Fenimore Cooper created the name Cora for his 1826 novel The Last of the Mohicans. It’s wildly popular today, a successor to Nora and Clara, boosted by Downton Abbey’s gracious Countess of Grantham, Cora Crawley.

5. Luna: Not every literary baby name comes from nineteenth-century literature. Luna is every bit as stylish as vintage Cora, and saw some use back in the 1880s. But this nature name’s big boost was J.K. Rowling’s eccentric witch and unlikely heroine Luna Lovegood. Luna first appeared in 2003’s Harry Potter and the Order of the Phoenix. That same year, Luna cracked the US Top 1000, and has been climbing ever since. Penelope Cruz has a Luna. So does Uma Thurman.

6. Holden: File Holden closer to Mockingbird than Harry Potter. J.D. Salinger’s tale of disaffected youth was first published in 1951. Holden Caulfield is one of the most recognizable literary characters of all time, but the name didn’t catch on until soap opera As the World Turns introduced its own Holden in the 1980s. Tulip by Any Name just featured Holden as one of the names of the week. Actors Brendan Fraser and Rick Schroeder have sons by the name, as does Backstreet Boy Howie Dorough.

7. Earl: Me and Earl and the Dying Girl was a smash at this year’s Sundance Film Festival, and is currently in theaters across the US. Before it was a movie, it was a 2013 novel by Jesse Andrews. It makes this list because Earl has been sliding for years. Could this be the beginning of a reversal? The noble Duke is back. Earl might be ready to shed his hayseed image.

8. Quill: Not every literary name comes from a character. Quill could be quite the writerly name, as good a choice for an author’s kid as Cadence is for a musician’s child.

9. Alice: No list of literary baby names would be complete without Lewis Carroll’s immortal Alice. Another big-screen installment of the classic story is coming in 2016. Other novels and movies to use the name include Still Alice and What Alice Forgot — neither of which takes place in Wonderland, proving that Alice is as great a name for a grown-up and for a curious girl. Alice returned to the US Top 100 in 2014 after six decades’ absence.

What are your favorite literary names for boys and girls? Share your thoughts in the comments.

- -
Nameberry is the expert baby names resource, with thousands of names and unique lists, a vibrant community, and fresh content daily, all designed to help you find the baby name you'll love for a lifetime.
nameberry
Baby Names
nameberry
More From Baby Names