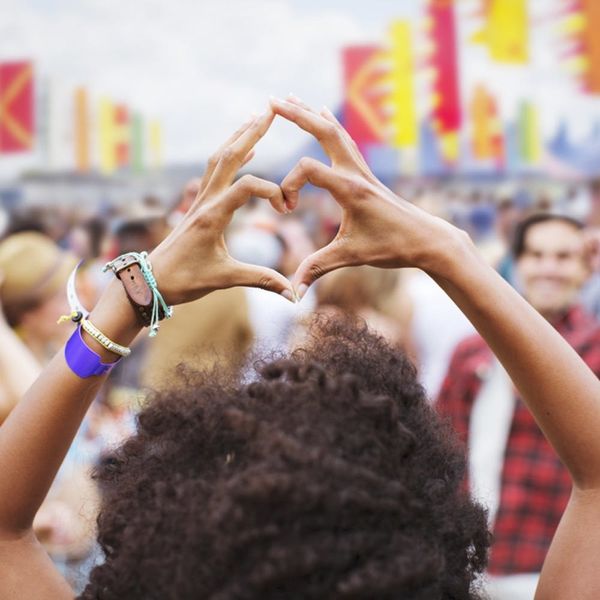 While many singles have taken to dating apps in their search for love, there are still the traditionalists among us who are hoping to find their soulmate IRL. Trying to meet potential love interests “in the wild” definitely has its pros (there’s no risk of people lying to you in their profile!), but there are stresses associated with the process as well. There’s no hiding behind a computer screen, so your makeup has to be on point at all times (even if you’re going for the no-makeup makeup look), and if you thought that the number of specialty dating apps out there was overwhelming, don’t even get us started on the number of real-world locations where you could consider seeking out your OTP. With so many potential meeting spots, it’s easy to default to a night out at the bar, especially when so many rom-coms have us believing that there are bound to be plenty of eligible singles at our local watering hole.

Before you and the rest of your single friends plan your next night out at the bar, think again! A recent study by ticketing company SeatGeek begs to differ. According to to the results, live events are the place to be. Matchmaker and mentor Paul Brunson, a partner on the SeatGeek study, agrees. He says that in his eight years of helping singles find love, events like concerts, comedy shows, and games have become the number-one way for his clients to meet potential partners.

“The type of live event you go to is somewhat indicative of your values,” Brunson says. “For example, going to a comedy show could indicate that you value humor in your life.” A live event also gives you the opportunity to meet someone face-to-face in order to gauge your real attraction level. A third reason that these events can be a successful meeting ground for love-seekers is a financial one, Brunson says. “Whether you like to admit it or not, singles want someone who is financially secure,” he says. “If you can afford live event tickets, chances are you have at least some income.”

The results of SeatGeek’s survey — which polled 1,000 users on love and relationships in late January 2017 — line up with Brunson’s experience. These stats may help you better plan your dating destinations!

1. Singles are so over the bar scene. They would prefer to meet a partner at a concert (61 percent of participants), comedy show (43 percent), or baseball game (37 percent).

2. Single men are even less likely to look for love at the bar. Just four percent of the men surveyed said the bar was their go-to place to look for a relationship.

3. Women and men (55 and 52 percent, respectively) agree that the most attractive singles are at concerts. Coachella, Florida Georgia Line, Bonnaroo, and Luke Bryan were noted for their especially good-looking fan bases.

4. The majority of singles surveyed (87 percent of women and 70 percent of men) are planning to attend concerts and live theater this year. “In 2017, concerts are hands down the best place to meet someone you’ll find attractive,” Brunson says.

5. Live events are still appealing to couples. Sixty-four percent of couples said that checking out a sporting event or live show makes the best date night.

Singles in the SeatGeek survey also weighed in on how they’d like to be approached by someone crushing on them at a live event. Nearly three-quarters of respondents said that the best way to get their attention was to be blunt with a bold introduction. To ensure success in the world of meeting people IRL, you should also put your phone away (40 percent of people said that taking selfies was a major turnoff), and be prepared to get the ball rolling with a smile and good eye contact. “The most effective way to approach someone is to tell them sincerely what makes them attractive to you,” Brunson says.

What isn’t effective? Buying someone a drink. According to SeatGeek’s results, just one in five singles find that somewhat traditional move attractive. When you attend all of these fab events, keep your wallet to yourself.

Did you meet your significant other at a cool live event? Tweet us @BritandCo!

Alli Hoff Kosik
Alli Hoff Kosik is a freelance writer who is passionate about reading, running, rainbow sprinkles, her lipstick collection, watching embarrassing reality TV, and drinking pink wine. She lives in Brooklyn with her husband and (in her dreams, at least) three golden retriever puppies. Listen to her talk books on The SSR Podcast.
Celebrity Couples
Relationships
Celebrity Couples Dating love
More From Relationships