How Sofrito, Mirepoix, and the Holy Trinity Can Make Dinner Easy 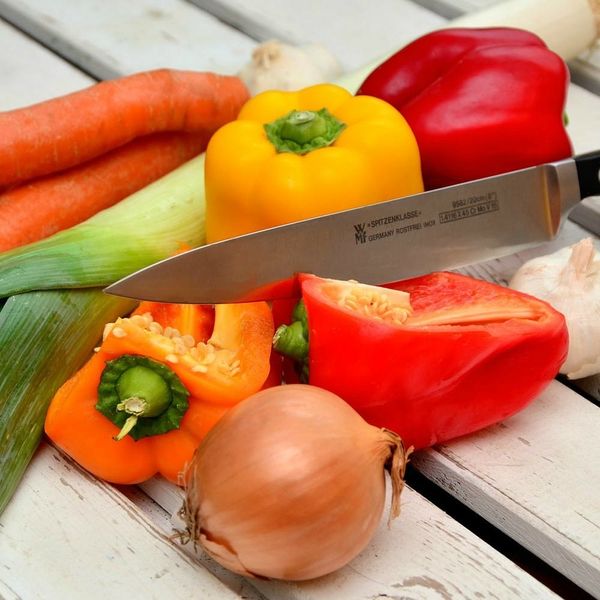 If you’ve been suffering from bland sauces, weak stews, and flavorless rice dishes, you’re in luck. There’s an ancient trick to infusing your meals with flavor, and it’s as simple as sautéeing some aromatics in a pan for anywhere from a few minutes to a few hours. Mirepoix, the classic French blend of sautéed carrots, onion, and celery, is the base for almost all of your favorite French dishes and classic sauces, and this aromatic base has been hugely influential on European cuisine.

But just because the French loom large in the modern Western culinary tradition doesn’t mean they’re the only ones who’ve figured out how to maximize aromatic blends to deepen the flavors of their favorite foods. And it also doesn’t mean that these flavor bases are only to be used in complicated dishes. Even tossed with a simple weeknight pot of pasta, they can add big flavor in just minutes.

These varied blends of root vegetables, alliums, herbs, and chilies are used as the bases for rice dishes, soups, stews, sauces, stir fries, and more. They exist all over the world, though not all of them have a name.

The method, thankfully, tends to be simple. The ingredients are finely diced, then sauteed in oil, fat, or butter until transluscent and tender. You can make your meal once the base reaches that point, or you can continue cooking the ingredients down until they’re caramelized and easy to break down with the back of your spoon. To save time, make a big batch on the weekend, cooking it down until the flavors are potent and the texture is smooth and thick, freeze in ice cube trays, and use a cube or two whenever you’re starting a meal. Just simmer in a little olive oil and continue your recipe as usual.

Here are some simple flavor bases for you to experiment with.

The classic French base consists of finely diced onions, carrots, and celery.

The backbone of Cajun and Creolu cuisine, the Holy Trinity consists of onion, celery, and green bell pepper.

Spanish sofrito is made by cooking garlic, onion, tomatoes, and sometimes paprika in olive oil.

In the Caribbean, sofrito refers to a wide variety of mixtures; one common type includes lard colored with annatto seeds and mixed with ingredients like chiles, bell peppers, onion, cilantro, oregano, and ham. You can find variations on this sofrito throughout Central and South America.

Called “battuto” before it’s cooked, Italian soffritto is usually made with diced onions, carrots, and celery, but often contains additional ingredients, including garlic, parsley, fennel, and scraps of cured meat.

In Puerto Rico, many meals start with recaíto, a mixture of culanto, ajices dulces (a type of chile), onions, cubanelle peppers, and garlic.

This Portuguese base is made from onions and olive oil, and can also contain minced garlic and a bay leaf or two.

This Chinese cooking uses a base of scallions, ginger, and garlic.

The amount of varied flavors and spices in India is incredible, and can differ from even one neighborhood to the next. However, many of these dishes begin with a mixture of garlic, ginger, and onion.

Again, there is a huge amount of variety in this region, but if you could pin down one common flavor base, it would be a trio of tomatoes, onions, and spicy chiles.

Justina Huddleston
Justina Huddleston is a food writer living in Los Angeles. When she's not busy writing, she spends her time in the kitchen creating both virtuous and decidedly junky vegan food. Buffalo chickpea pizza, anyone? She's also been known to eat a plain block of tofu or beans straight out of the can for lunch, but somehow those culinary adventures don't make it to her Instagram. You can follow Justina on Twitter or see what's cooking in her kitchen on her blog, A Life of Little Pleasures.
Foodie
Food Adulting
Foodie
The Conversation
Reviews:
More From Food Adulting