These Are the Top 25 Foodie Cities in the World 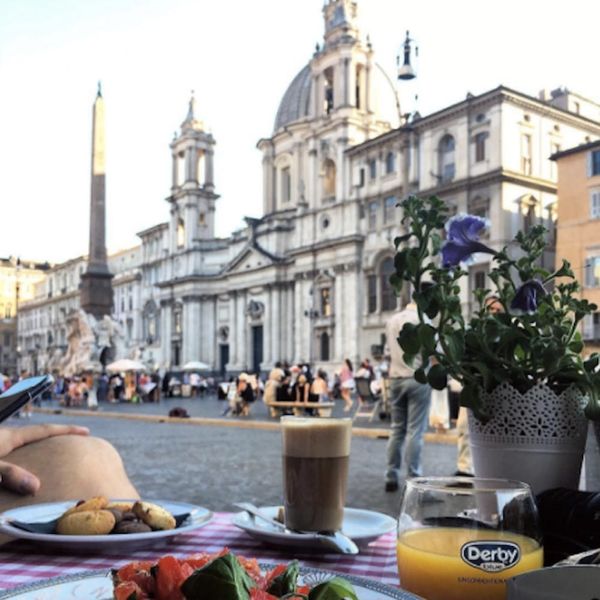 In need of a little travel inspiration that’ll really satisfy your appetite of the wanderlust and food variety? Read on for the top 25 foodie cities in the world, according to the users of Booking.com.

1. Hong Kong, Hong Kong: It should actually be no surprise that Hong Kong, with its dynamic population of 7.3 million people and its fusion of Asian cuisines, should come in first place on foodies’ lists.

2. São Paulo, Brazil: Rio de Janeiro certainly has a certain charm, but São Paolo is the Brazilian city where the foodies go. Maybe that’s thanks to its roughly 12,500 restaurants (and numerous craft breweries, by the way).

3. Tokyo, Japan: It’s not *just* about the ramen. From sushi to seafood to international cuisine, there’s a lot to love about Tokyo’s foodie scene.

4. Athens, Greece: Bursting with history and bustling urban vibes, Athens holds its own. Grab some casual street foods such as gyros or meats, or head to one of the city’s four Michelin-starred restaurants.

6. Melbourne, Australia: No longer second fiddle to Sydney, Melbourne has erupted with hip food to match.

8. Granada, Spain: From kebab shops to tapas, Granada boasts everything Spain has to offer in one charming and beautiful package. Numerous foodie tours are available in the city, ready and willing to whisk you off to this European hotspot’s best restaurants and bars.

Sunsets and Neon Lights 🚁✨🌆 . No other experience in Las Vegas compares . Hit the skies on a doors-off photo experience with the @flynyonvegas team! 🙌🏻 . 📸: @agpfoto . . . . . #nyonair#Vegas #VegasStrip#flynyon#folkvibe#weekly_feature#igglobalclub#helicoptervegas#nationalgeographic #teamcanon#igshotz#lasvegas#ig_mood#fatalframes#earthpics#artofvisuals#eclectic_shotz#instagram#createcommune#agameoftones#lasvegasnevada#ig_worldclub#ourplanetdaily#master_shot#exklusive_shot#dream_image#global_hotshotz#thekillers#dtlv#goldenknights

9. Las Vegas, USA: More and more chefs are flocking to Vegas to open up shop, free from the pressure of bigger cities. And the results are DELICIOUS.

10. Buenos Aires, Argentina: Buenos Aires is known as the “Paris of South America.” Admittedly, the nickname is in reference to its architecture, but its foodie scene is equally impressive.

11. Singapore, Singapore: There’s a reason travel writer and chef Anthony Bourdain has called Singapore a chef’s favorite city. It offers a unique mix of Asian cuisines, a top-notch restaurant scene, and some of the best street markets on the globe.

12. Warsaw, Poland: Now, let’s take a gander over toward a totally different part of the world: Poland. Warsaw is home to the country’s most impressive restaurant scene. In fact, the small city of just 1.7 million boasts two Michelin-starred restaurants.

13. Porto, Portugal: The coastal city is known for, wait for it, Port. Savor this strong dessert wine after every meal.

Could our city be more perfect?! Discover this beautiful spot on our Valencia Food & Market Adventure! Then head into the local market hall for an insider's foodies tour of the best stalls.

14. Valencia, Spain: Since it lies on the Mediterranean coast, the city not only offers tapas, paella, and other Spanish classics; it also boasts a variety of Mediterranean flavors (hello, seafood and olive oil!).

Falling in love with Firenze ❤ With views like this how couldn't you? #iliveitaly #florenceitaly #skyline

15. Florence, Italy: Arguably the most mainstream city on our list, Florence is the capital city of Tuscany… AKA the world capital of wine and pasta.

A post shared by RESTAURANTS TO REMEMBER (@restaurantstoremember) on May 28, 2017 at 8:44am PDT

16. Milan, Italy: Milan might be known for its high fashion, but its food is also definitively in style. From fusion cafes to traditional Italian fare, this city has it all.

#tbt to happy hour drinks by the Opera House in Sydney. I was lucky enough to work/stay here for a week because my company had a Sydney office and I was like, why the hell not? GORGEOUS city. #Sydney #Australia #travel #OperaHouse #travelphotography #solofemaletravel #cities #cityphotography #workabroad #workinggirl

17. Sydney, Australia: Taste the city’s international fare throughout its many neighborhoods and suburbs, alternating with the light beach fare the town is known for.

18. Krakow, Poland: Not to be outdone by Warsaw, Krakow is also home to a thriving food scene. For authentic eats, try traditional Polish options such as bigos, borscht, paczki, or golonka.

Dried fruit at the Egyptian spice market in #Istanbul

19. Istanbul, Turkey: Istanbul is known as one of the more colorful cities in the world, and part of the reason is because of the vivid, flavorful food ingredients you can find here. Take a stroll through the Egyptian Spice Market, inarguably one of the most fascinating food destinations in the world.

20. Lisbon, Portugal: Yet another world-class city, Lisbon is home to all of the finer things in life… including fantastic food, gorgeous architecture, and centuries of history.

21. Munich, Germany: The Bavarian region is all about mountains, history, and its famed food, including beer, Knödel, and meat-rich dishes.

22. Copenhagen, Denmark: Copenhagen is home not only to biking culture, but also a robust cafe culture, proliferated by restaurants, coffee shops, and the like.

Another day, another hidden gem in Seville

23. Seville, Spain: Seville’s foodie scene is still growing — it used to be exclusively focused on authentic eats — but nowadays, there’s more experimental and international food in the region than ever before.

24. Brussels, Belgium: If you’re in Brussels, you’re *absolutely* going to want to try the moules frites (mussels with fries). Just trust us.

25. Rome, Italy: Last but not least, does it surprise anyone that Rome is on this list? It’s the capital of Italy, after all. Head to one of the many piazzas in the city (Piazza Navona is arguably the most beautiful), order some eats, and sit and people watch.

Maggie McCracken
Maggie McCracken is a freelance writer, blogger and aspiring digital nomad. She writes primarily about food, travel, yoga and healthy living, and she has a background in health and science journalism. You can read more of her work on her lifestyle and travel blog, The Olive Branch.
Foodie
Food Adulting
Foodie
The Conversation
Reviews:
More From Food Adulting