A Guide to the Loire Valley, France’s Most Picturesque Region 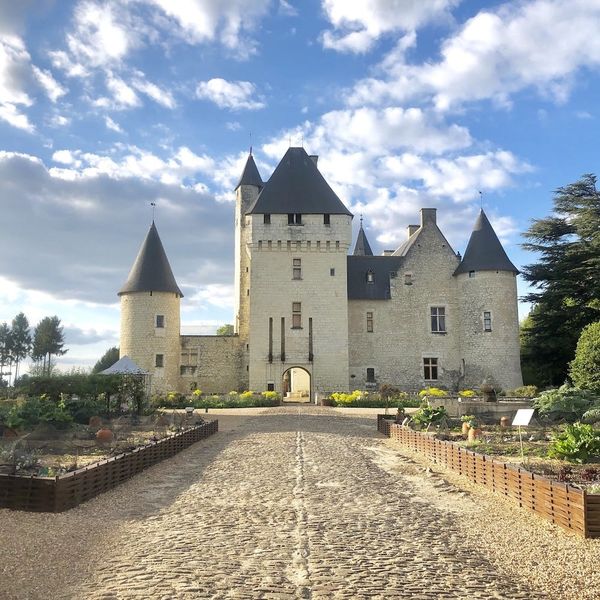 One visit to France’s Loire Valley, and you’ll feel like the royalty that once resided there. The region, declared a UNESCO World Heritage Site in 2000, is abundant with a rich cultural history, natural beauty, fairytale-like châteaux, and incredible food and wine. To say it’s charming is a major understatement.

This year, the Loire Valley celebrates 500 years of the Renaissance. Although the cultural movement originated in Italy, in the early 16th century, it was brought to France, where it flourished via kings and queens, artists, scholars, and architects. 2019 marks 500 years since the death of Leonardo da Vinci (who lived in Amboise during his final years); the birth of Catherine de’ Medici, the future queen of France; and the beginning of the construction of Château de Chambord, the largest castle in Loire Valley.

The Renaissance’s achievements in art, science, history, and gastronomy can be felt even today and are being highlighted in the region’s 500+ special events throughout the year. There’s no better time to explore this enchanting area of France; here are some of the best things to do and see.

You may want to travel like royalty, but if your wallet precludes you from it, an excellent option is Norwegian, which, for four consecutive years, has been named the World’s Best Long Haul Low-Cost Airline by the Skytrax World Airline Awards (essentially aviation’s version of the Oscars). Norwegian offers direct flights to Paris’ Charles de Gaulle airport from major US cities like Oakland, Los Angeles, New York, Boston, and Orlando. Airfares are incredibly affordable, even in the premium cabin, where you actually have enough room to stretch out your legs (which makes all the difference during a long flight). Use the Low Fare calculator to find the best deals on flights, and then use those savings to have an extra wine tasting (or two) once you arrive in the Loire Valley.

Once in Paris, you can take a train to the Loire Valley via Tours, or from Charles de Gaulle Airport to St.-Pierre des Corps. To really explore the area though, it’s best to rent a car or book a tour — Val de Loire Travel provides all-inclusive private and group tours customizable to your preferences (wine taste or tour châteaux, or do a little of both). Plus, you’ll have an experienced guide to provide all insider knowledge of the region you wouldn’t get otherwise.

What to See and Do

1. Chartres: Chartres is an idyllic French town with medieval architecture and a stunning cathedral. The main attraction is the impressive Cathédrale Notre Dame de Chartres, the only medieval cathedral that survived virtually unscathed after the French Revolution and World Wars. Most of the Gothic architecture, as well as the 167 stained glass windows inside, are originals from the 12th century. The floor inside comprises of 274 yellow stones (representative of the number of days of pregnancy) and has a large labyrinth. Since the year 876, Chartres has been in possession of what is believed to be the veil of the Virgin Mary, and it is displayed inside the cathedral.

The city center is pedestrian only, which makes it easy to wander through the narrow streets, stop in for a pastry at a boulangerie, or peruse the local market (Wednesdays and Saturdays). For some truly fine dining, head to the Grand Monarque Hotel — inside you’ll find one of the valley’s best wine cellars, boasting over 2,000 wines and the 2019 prize for the best wine list in all of France, as well as the restaurant Le Georges, which was recently awarded a Michelin star.

From April to October, visitors can also enjoy Chartres en lumières, when the entire city is lit up at night with elaborate, colorful 3D (some interactive) projections displayed on the facades of major buildings in town.

2. Château de Chambord: Chambord was built by King François I in 1590 as a display of his power, serving as a second home. The king only spent a few weeks there and construction was not finished in his lifetime, but you can see his emblem, the salamander, built into the decor everywhere throughout the castle. The outside looks like a traditional French castle while the interior has Italian and Greek influences; the huge double helix spiral staircase inside was considered a feat of architecture and said to have been either designed or inspired by da Vinci. Because it did not serve as a primary royal residence, the inside is vast and sparsely decorated. The gardens are meticulous manicured, and on the grounds, you can also find both a biscuiterie (inside, sample traditional biscuits and Chambord, the liqueur that originated in the area but is now owned and produced by an American company) and a wine room for tastings.

While you can’t spend the night in the castle, Relais de Chambord is the next best thing. This luxury hotel sits directly on the grounds of the château and has 55 rooms with modern rustic decor as well as a spa. If you want to wake up in the morning to castle views, this is the place to do it.

3. Château Cheverny: Château Cheverny was built in 1624 using local stones and has been in the Hurault family for over six centuries; the current descendants still live in the west wing year round. The rest of the château is open to the public and contains 17th-century artwork and furniture, 18th-century clocks that are still functional, a large arms room, and a chapel. A lavish bedroom was always kept ready for the King on the chance he would stop for a visit, although he never did. Outside, there is a kennel of 100 French hounds used for stag hunting in the spring, and L’Orangerie, a building used to protect orange trees in the winter as well as to store precious paintings — including the Mona Lisa — during WWII (it’s now a cafe). Château Cheverny was also the inspiration for Marlinspike Hall, the mansion in the Belgian comic, The Adventures of Tintin.

4. Château of Chaumont-sur-Loire: Chaumont was a former fortress rebuilt into a château. Catherine de’ Medici lived here in 1550, and later swapped homes with Diane de Poitiers, the King’s favorite mistress, who was living in Châteaux Chenonceau at the time. The stables were built in the 19th century and considered to be both modern and luxurious; the horse harnesses were made by Hermès. An International Garden Festival is held each year from April to November, where artists from all over the world create themed gardens (this year’s theme is “Gardens of Paradise”) to be on display for six months.

5. Château du Clos Lucé: In 1516, Leonardo da Vinci arrived in the town of Amboise at the invitation of King François I and his mother. François had used the châteaux as a respite from the royal court but gave the residence to da Vinci, who lived there until his death in 1519. While there, da Vinci worked on a number of projects, and although there are no known finished ones, a number of his plans and sketches were left behind. Throughout the castle, there are recreations of his drawings and models of his inventions as an engineer, including army attack and defense machines, a swing bridge, and a flying machine that preceded the modern airplane. The gardens have life-size versions of some of these machines, as well as artwork inspired by his art and study of anatomy. For the 500th anniversary of the Renaissance, Clos Lucé will display the 16th-century tapestry of da Vinci’s “Last Supper” for three months, the first time the tapestry will be shown outside of the Vatican Museum.

6. Royal Château of Amboise: The small town of Amboise boasts several châteaux all within walking distance of one another; the royal palace is one of them and was built as a defensive castle on a hill. Overlooking the Loire River, it served as a home to French kings from the 15th to the 19th centuries. François I granted da Vinci’s request to be buried in the castle, an exceptional honor for a civilian, and da Vinci’s tomb remains in the chapel.

7. Château de Chenonceau: Arguably the crown jewel of the Loire Valley, Chenonceau is the most visited castle after Versailles and unique in many ways: Constructed partially on a bridge over the River Cher, the castle has primarily been built, restored, and owned by women over the last six centuries. Henry II gave Chenonceau as a gift to his mistress Diane de Poitiers, who initially expanded the castle to include a bridge over the river. When Henry II died and de Poitiers lost her status, Henry’s wife, Catherine de’ Medici, forced de Poitiers out of Chenonceau (giving her Chaumont instead) and finished building the remainder of the castle on top of the bridge. During WWI, it served as a military hospital, and during WWII, as it separated the free and occupied zones, the owners helped Jews and refugees escape to the south.

The château has two large gardens — fittingly, the Diane de Poitiers garden and the Catherine de’ Medici garden — where the flowerbeds are replanted twice a year with various seasonal blooms. There are three salaried florists on staff, including the best craftsman in France, who create around 200 fresh floral arrangements a week for the castle, inspired by the decor and tapestries inside. A gourmet restaurant on-site has hosted notable guests such as Oprah Winfrey and Barbra Streisand.

8. Château du Rivau: Tucked away in the quiet town of Lémeré is the medieval castle of Rivau. Built in 1420, it once housed the royal stables and were so well-known for raising quality war horses that Joan of Arc came in 1429 to acquire some. There are over 400 varieties of roses in the gardens, as well as resident peacocks. It was listed among the Historical Monuments in 1918 by the French Ministry of Culture. But the best part of this castle is you can live out your fairytale dreams and spend the night here: It has been carefully restored and turned into a seven-room hotel.

9. Food and Wine: We would be remiss to not mention the food and wine, as Loire Valley is synonymous with gastronomy and many wine appellations. Vineyards extend all the way to the Atlantic, and the region is the second largest sparkling wine producer after Champagne. Most people are familiar with the white wines, including Sancerre and sparkling Vouvray, but notable red varietals include Chinon and Bourgueil. Almost half the appellations of goat cheese in France are from the Loire Valley, and the popular tarte tatin originated here as well. Wine, cheese, and dessert — what else do you need?

RELATED: The 5 Destinations to Visit Before They Become Total Hot Spots