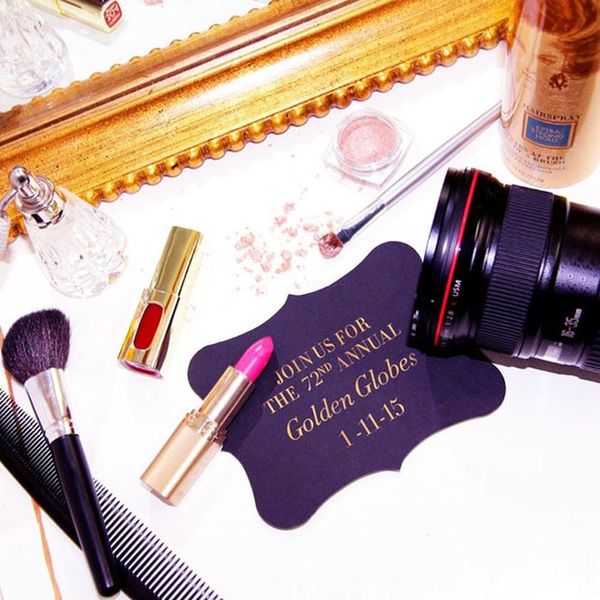 We love live tweeting an event, but you know what we love even more? GIFs! This weekend at the 72nd Annual Golden Globe Awards, L’Oréal Paris will be incorporating a few of our favorite things this time of year (awards shows, live tweeting, GIFs and fashion) and take real-time marketing to another level in the process.

The makeup brand, who told Adweek they perceive awards shows as their very own Super Bowl, will be taking social media (and maybe the conversation?) by storm during Sunday’s glamorous ceremony with shoppable GIFs. Yes, you read that right.

When ladies like L’Oréal Paris spokeswomen (and Golden Globe nominees) Julianne Moore and Helen Mirren and other celebs step out of their limos and onto the red carpet they will instantly be turned into GIFs across the beauty brand’s social media channels. Besides ogling at and RTing the fabulousness, folks can shop the moving images as well.

The team behind this real-time marketing event is setting up its shoppable social commerce center in a New York studio with L’Oréal Paris, ad agency R/G, eight style experts and five models — including The Man Repeller, Melisa Michelle, Sam Cannon and Romain Laurent. Those influencers will be providing sartorial commentary on the red carpet and then (hopefully) will be getting a little sassy during the awards show itself. Because that’s what live tweeting is all about, right?

So how exactly are those live GIFs gonna be created? Adweek reports that the social team will use a 360-degree camera to shoot video that recreates makeup looks as all the glitzy celebs stroll the red carpet. Those videos will then by turned into GIFs, which will then be shared on L’Oréal Paris’ Twitter, Instagram and Tumblr. That’s when the shoppable element comes in as each post will be captioned with links to the looks. We know we’re headed down the #impulsebuy tunnel.

Not only is the beauty brand trying to take over social media during the fashionable evening, it’s also capitalizing on the event right on your TV screen as regular ads will be running to promote 10 products, among those are the Infallible collection and the hair color line Preference. We’re starting to think the Golden Globes is actually the L’Oréal Paris Awards Show…

Will you be keeping up with L’Oréal Paris’ tweets during the Golden Globes? What show do you want to shop next? Let us know in the comments.