5 Important Love Lessons We Learned from The Great Gatsby 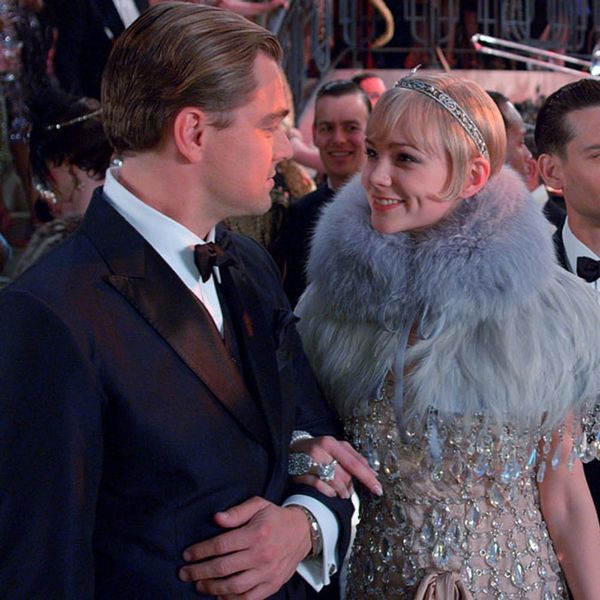 Since so many modern interactions take place in the digital space, it almost feels like technology has become a third wheel in 21st-century dating. But humans are still humans — and humans have been falling in and out of love long before we cared about who was Snapchat friends with whom. While we’ve learned when to swipe left, there’s something to be said for relationship advice that stands the test of time.

Although our mothers and grandmothers might be able to help, sometimes the best places to turn to for advice are the stories and novels that capture the timeless struggles of relationships. So who better to help us than the original timeless romantic and party extraordinaire, Jay Gatsby himself? Scroll on for five important lessons we learned from one of our favorite books: The Great Gatsby.

1. You’ll never get away with cheating. In the approximately three love triangles showcased in The Great Gatsby, exactly zero percent of them are successful. It doesn’t take a careless email or text to expose cheating — not being faithful to your S.O. has never worked, not even in the chaos of the roaring ’20s.

2. Let the past be the past. Gatsby exemplifies exactly what not to do when getting over a hard breakup. He basically does the 20th century equivalent of excessive social media by stalking his ex, Daisy. We’re all prone to a little nostalgia now and then, but Gatsby takes it to a entirely new level by living exclusively in the past.

3. Find a healthy way to get over a bad breakup. The classic tactic of partying as a vehicle for getting over someone seems to be an approach that hasn’t changed since the ’20s. While Gatsby’s parties were incredibly legendary, they could not have been very healing for the old sport.

4. Meddling doesn’t end up well for anyone — especially you. Nick Carraway is the protagonist of the novel, simply because he involves himself in everyone’s business enough to narrate the story. Although he finds adventure in helping Gatsby attempt to win over Daisy, he ends up just like anyone else who entangles themselves in a relationship: worn out, upset and seemingly friendless. He even flees back to the Midwest because the whole debacle made him hate the people of New York.

5. Love like Gatsby loved Daisy, not the other way around. Daisy’s affair with Gatsby didn’t change her allegiance to her husband Tom. Why? She chose Tom for his social status, lifestyle and wealth. While Gatsby loved Daisy for her personality, Daisy was only out to get the man with the deepest pockets. It might have made her happy at the time, but now we all know that she missed out on Leonardo DiCaprio in the process.

Have you fallen victim to any of these, old sport? Tweet us @BritandCo and let us know!

Gabrielle Gresge
Gabrielle Gresge is a Chicago native and journalism student at the University of Missouri. While not chasing deadlines, she enjoys giving campus tours, exploring her new home, and missing her old one. She loves to write about these experiences in her own handwriting at gabriellegresge.wordpress.com.
Books
Relationships
Books love
More From Relationships