What’s a Low FODMAP Diet — And Is It Right for You? 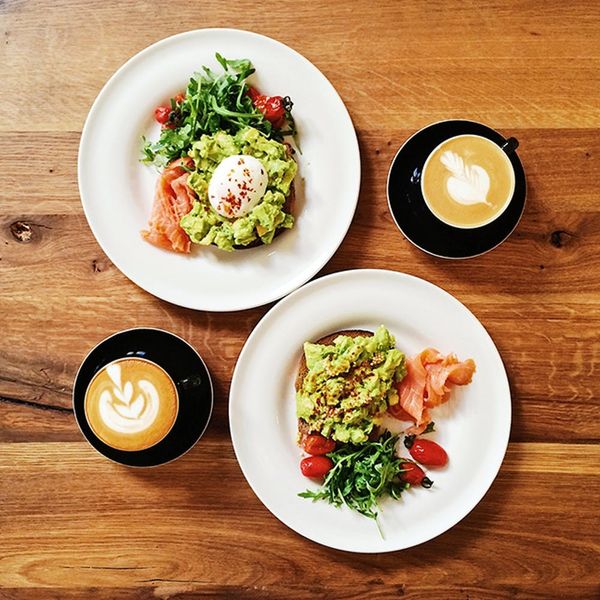 If you’ve ever heard the term “FODMAP” applied to a diet, you may have (reasonably!) assumed it offers some sort of “map” for the foods you eat. And in a way, you’d be right. Like many other eating plans, this one offers guidance for which foods to consume and which ones to avoid. But the real name of this eating plan is the low FODMAP diet, and the letters in its name are an acronym that stand for Fermentable Oligo-, Di-, Monosaccharides, and Polyols, which are varieties of carbohydrates. (Yeah, we’ll just stick with the acronym, thanks.)

SO what is it?

A low FODMAP diet is one that involves eliminating or avoiding foods that contain these fermentable, short-chain carbohydrates. The goal isn’t to achieve a low-carb diet for weight loss. Rather, a low FODMAP diet is typically recommended to help people with Irritable Bowel Syndrome or other digestive difficulties like constipation, diarrhea, and bloating. Since 25 to 45 million Americans experience IBS, a low FODMAP diet could make a difference in quality of life for a whole lot of people.

How Does It Work?

The theory goes that some people are extra sensitive to certain types of carbohydrates. While people with “normal” digestive tracts are able to process these carbs like any other fiber, when someone with IBS eats a food high in FODMAPs, they run into trouble. During digestion, the bacteria in the colon “feed” on certain carbohydrates. (It sounds gross, but it’s actually a good thing: It’s what keeps your microbiome healthy.) This process usually produces methane gas, but sometimes, it can produce hydrogen gas instead. In people who are especially susceptible, this can create uncomfortable symptoms like gas, bloating, and constipation. And FODMAPs can draw water into the colon, keeping unfortunate folks running to the bathroom.

It makes sense that you’d want to stay away from eating anything that causes this kind of suffering. So what foods should you avoid on a low FODMAP diet? It’s a pretty exhaustive roster. Typically broken down by carbohydrate type or food group, high FODMAP food lists often include dairy products from the milk of cows, sheep, or goats; grains like wheat, barley, and rye; legumes like beans and chickpeas; veggies such as cauliflower, onions, and peas; and stone fruits, including peaches and plums.

Looking at a list half a mile long of all the foods you can’t eat can be pretty discouraging, to say the least — so the biggest drawback to a low FODMAP diet tends to be its lack of sustainability in the real world. A recent study found that subjects had major difficulty adhering to the diet for just six weeks, even when they had an IBS diagnosis. (Just 41 percent were able to stick with it.) The diet’s restrictiveness can also lead to deficiencies of certain nutrients. When you cut way back on so many fruits, vegetables, grains, and dairy products, it’s possible you won’t get enough iron, calcium, vitamin B12, folic acid, zinc, and other vitamins and minerals.

Encouragingly, however, many experts say a low FODMAP diet isn’t meant to be permanent. According to Today’s Dietitian, using the diet to manage digestive symptoms typically happens in three stages: first, strictly reducing FODMAPs for a period of time; secondly, gradually reintroducing FODMAPs one by one; and third and finally, personalizing your individual FODMAP plan. Following these three steps with a qualified dietitian can help you determine which high FODMAP foods actually cause your tummy troubles and which don’t. Eventually, even someone with heightened sensitivity should be able to have a balanced, varied diet.

The even better news? Thus far, the scientific evidence seems to show that a low FODMAP diet is effective for reducing digestive distress. A 2016 review revealed that up to 86 percent of IBS patients experienced “improvement in overall gastrointestinal symptoms” on the diet. Another study found that when people with IBS reduced FODMAPs, they had better health-related quality of life and less impairment to their daily activities, and even felt less anxiety. If you’re among the millions who suffer from uncomfortable (and often embarrassing) stomach problems, a low FODMAP diet may be worth a try!

Have you tried a low FODMAP diet? Tell us about it on Twitter at @BritandCo.

Sarah Garone
Sarah Garone is a mom, wife, nutritionist, and freelance writer in Mesa, AZ. She loves music and travel, speaks fluent German, and does a lot of running (to counterbalance the surprising amount of cookies she eats for being a nutritionist). Find her sharing great recipes and helpful nutrition info at A Love Letter to Food.
Diet
Healthy Eating
Diet Healthy Living
The Conversation
Reviews:
More From Healthy Eating