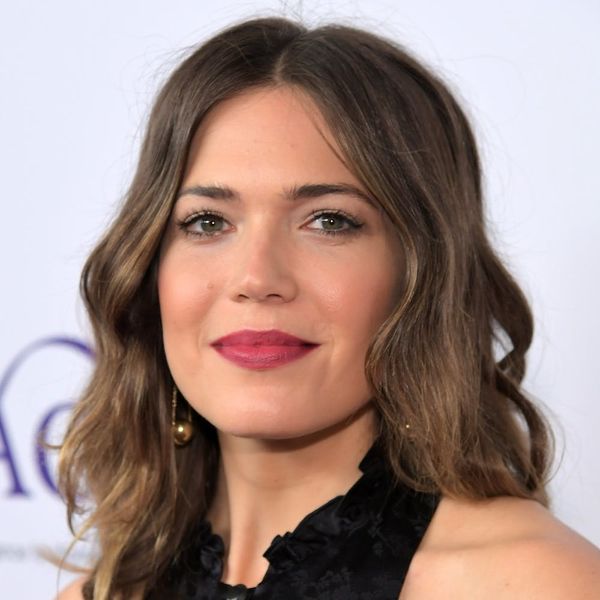 When it comes to the red carpet, there’s some fierce competition. And there’s one fashion heavyweight in particular that seems to come out on top nearly every time: Kate Middleton. With Prince Harry’s girlfriend, Meghan Markle, even reportedly waiting to choose an outfit for Pippa Middleton’s wedding until the last minute, lest she match the Duchess, a twinning moment with the 35-year-old Royal could equate to a disaster.

That is… unless you’re Mandy Moore. The This Is Us actress stepped out for a FYC show event in a royal blue Preen dress with an asymmetrical neckline this Wednesday that looked oddly familiar.

That’s because we’ve actually seen it before: nearly a year ago, at a Government House reception on — you guessed it! — the one and only Kate. Middleton was on a tour of Canada when she wore the gown, choosing a bold red hue as a tribute to Canada, with red being the country’s national color.

While Moore’s look was far more pared down than the Duchess’s, with the actress opting for a metallic silver sandal, a blue mother-of-pearl clutch, and minimal jewelry over Middleton’s solid pumps, brooch, and jaw-dropping earrings, we’ve gotta hand it to Moore: Girl held her own.

But in the end, both looked so amazing. We’re calling this one a tie!

Who do you think wore it better? Tell us over @BritandCo.

Nicole Briese
Nicole is the weekend editor for Brit + Co who loves bringing you all the latest buzz. When she's not busy typing away into the wee hours, you can usually find her canoodling with her fur babies, rooting around in a bookstore, or rocking out at a concert of some sort (Guns N' Roses forever!). Check out all her latest musings and past work at nicolebjean.com.
Celebrity Style
Celeb Style
Celebrity Style Kate Middleton Red Carpet Royal Family
More From Celeb Style