Mario Lopez and His Wife Courtney Are Expecting Baby #3! 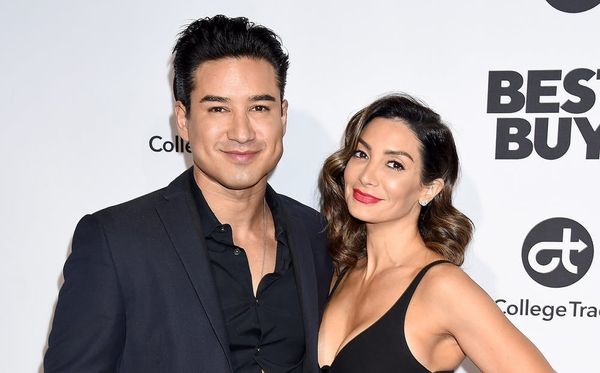 It’s going to be an extra–special year for Mario Lopez and his family. The TV personality and his wife, Courtney, are expecting their third child this summer.

The couple took to Instagram on Friday, January 11, to announce the news, with a little help from their two older kids, Gia, 8, and Dominic, 5. “Lopez family update,” the Saved by the Bell alum captioned his post, which included a video of each member of the family sharing what they’ve been up to in recent weeks.

Gia was up first, and she told her dad’s followers that she’s been busy with gymnastics, dance, piano, and, of course, school. Dominic, meanwhile, just started wrestling and also does jiu-jitsu and gymnastics. As for the adults, Lopez is “crazy with work, as usual,” and “Mrs. Lopez” is — drumroll, please — having a baby!

As she lifted her shirt to show off her stomach, the rest of the family cheered and Gia and Dominic embraced in a joyful hug. “We’re adding to the team,” the soon-to-be dad of three said. “We’re going to be a party of five.”

Lopez said they don’t know the sex of the baby yet, but Gia wants a sister. (Dominic sounded like he’d be happy with a brother or a sister.) Courtney, for her part, hopes it’s a Frenchie just like their pup, who also made a cameo in the video.

Courtney shared the news on her own Instagram, too, posting a collection of pics that show her husband kissing her belly and their kids in “Best Big Sister” and “Best Big Brother” shirts. “Oh BABY!! Here we go again… #LopezPartyOfFive #DebutingInJuly,” she captioned the photos.

Congratulations to the Lopez family!