This Keychain Is The Answer to All Your Dead Battery Problems 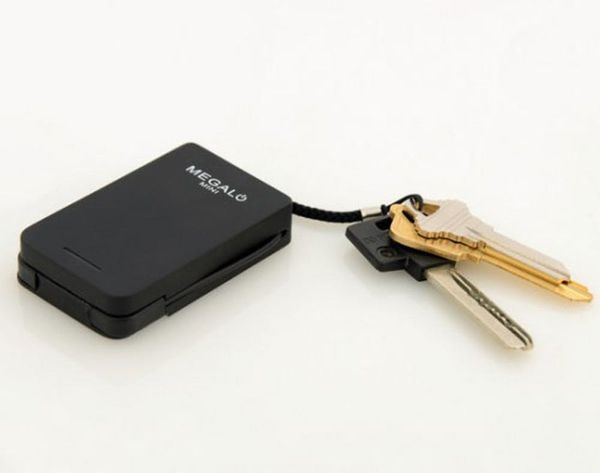 Is it just us, or does that “low battery” warning seem to come on at the absolute worst time and way too often? Let’s be real, we depend on our phones way too much to be caught without power. And while we’ve shown you beautiful portable chargers in the past, it still doesn’t solve one of the biggest bummers of all — the chance of walking out of the house without your trusty charger! The Megalo Mini puts all those low battery nightmares behind you. The tiny charger slides on your keyring so you’ll never be caught without it.

Portable power comes in many forms, and while we give device-charging purses major points, this keyring charger is a close second. Keep it attached to your keys so you’ll always have it handy, and you’ll never have to go through the panic of searching high and low for an available outlet at Starbucks ever again.

The simple, straightforward charger powers an iPhone 5 up to 75% and an Android up to 100%. A smart LED display on the front cover indicates how much power the little keychain is packing, and when the Megalo finally does run out of juice, you’re just a USB connection and 45 minutes away from reloading it. As an added bonus, it continues to charge your device while it’s charging itself!

There’s no hidden catch with this powerful portable. The charging cables are built right in so you can forget rummaging through your bag to find a cord. There’s no question the itty bitty charger was designed with users in mind. Not only is it delightfully compact, the Megalo is made out of a soft, matte material that won’t scratch your phone. It’s small, powerful and you can’t beat the price. Pledge $39 to the Megalo Mini Kickstarter campaign and you could be charging with ease by fall.

Do you have a portable charger you can’t leave home without? We’d love to hear about it in the comments!

Hannah Schmitt
Hannah is the managing editor at MetroFamily Magazine in Oklahoma City but her favorite jobs are the ones done at home: loving on her husband and dog, sprucing up the house and entertaining family and friends.
Kickstarter
Tech
Kickstarter