5 Times Meghan Markle Fit Right in With the Royal Family 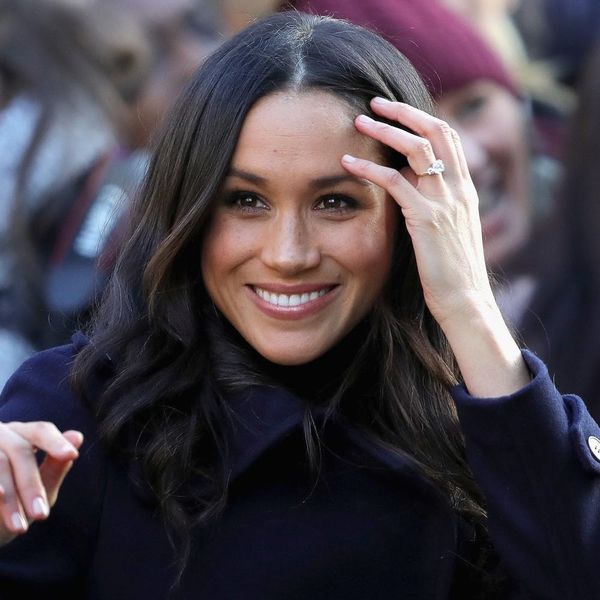 Meghan Markle’s life will change in a big way when she marries Prince Harry on Saturday, May 19, but she’s already shown the world that she’ll have no problem settling into her new life with ease, grace, and charm. Check out five times Markle seemed right at home with the royal family.

1. During her post-engagement interview with Prince Harry: After Kensington Palace announced that Prince Harry and Meghan Markle were engaged, they sat down for an interview with the BBC, during which Markle expertly fielded questions about the challenges ahead. Charming and articulate, relaxed yet holding her own beside her prince, the former Suits star looked like she had been handling royal interviews her entire life.

2. At her first official engagement with Prince Harry: Just days after announcing their engagement, Prince Harry and Meghan Markle appeared together at the Terrence Higgins Trust World AIDS Day charity fair in Nottingham, England. It was their first official royal engagement, but you’d never have known it from the way Markle charmed the crowd. Smiling, shaking hands, and stopping to chat with well-wishers, the bride-to-be handled her royal duties with a grace not unlike that of her fiancé’s sister-in-law, Duchess Kate Middleton.

3. During her first holiday season with the family: The royal family broke tradition by inviting Meghan Markle to join them for Christmas before she married Prince Harry. Not only did she attend Queen Elizabeth II’s staff holiday party earlier in December, but she also spent Christmas day at Sandringham, where she attended church with her future in-laws in Norfolk. And according to Prince Harry, his fiancée was a hit. “It was fantastic,” Harry told BBC Radio 4’s Today. “She really enjoyed it. The family loved having her there.”

4. At her first joint engagement with Prince Harry, Prince William, and Duchess Kate: By February 2018, Meghan Markle was ready to join Prince Harry, Prince William, and Duchess Kate for their first official engagement as a foursome. Appearing at the Royal Foundation Forum in London, William made a point of welcoming his future sister-in-law in his opening address, saying they were “particularly happy” that it was the first Royal Foundation event with Markle. Later, Harry joked about the four performing their royal duties together, saying, “Working as a family does have its challenges, of course it does. [I think] the fact that everybody is laughing shows they know exactly what it’s like. But we are stuck together for the rest of our lives.” Markle added, “Togetherness at its finest.” And considering the smiles on all of their faces, we have to say that’s true.

5. Meeting the queen’s corgis: Meghan Markle charmed Prince Harry, the royal family, and the public, but there was one more test for her to face: the queen’s corgis. The monarch’s beloved dogs are notoriously picky about the company they keep, but they liked Meghan immediately — which is more than Prince Harry can say for himself. “The corgis took to you straight away,” the prince said in their interview with the BBC. “I’ve spent the last 33 years being barked at — this one walks in, absolutely nothing.”

Do you think Meghan Markle fits in well with the royal family? Let us know @BritandCo!