Meghan Markle Hid Her Totally Sweet ‘Something Blue’ in Her Veil 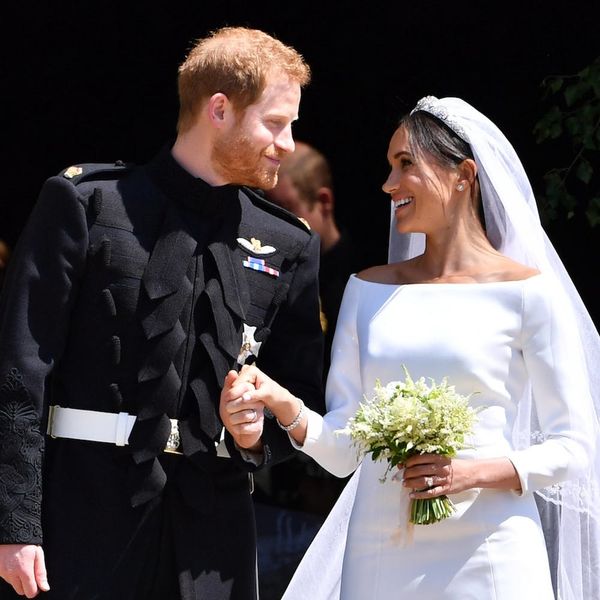 Ever since the royal wedding, we’ve been obsessed with every single detail from Prince Harry and Meghan Markle’s big day. But it turns out Markle paid tribute to her first date with her new husband in the form of a secret “something blue,” and she just revealed it in a new documentary.

In a new documentary called Queen of the World on ITV, the Duchess of Sussex can be seen reuniting with her Givenchy wedding dress for the first time since saying “I Do.” She understandably can’t stop gushing over her gown, saying, “It’s amazing, isn’t it?” before revealing the hidden “something blue” she’d placed in the gown’s cathedral-length veil.

Of the veil, she said, “The work that they did here is just so beautiful.” before adding, “Somewhere in here there’s a piece of…did you see it? The piece of blue fabric that’s stitched inside? It’s my something blue. It’s fabric from the dress that I wore on our first date.”

The Duchess of Sussex shares her secret “something blue” from her wedding day. Witness special moments spent with the Royal family through the course of a historic year.#QueenOfTheWorld. Tuesday 9.15pm @ITV. pic.twitter.com/QWKPGzny9E

This hidden detail is certainly romantic, but it’s not the only “something blue” that Markle donned on her big day. In her Givenchy dress, Markle also paid tribute to the late Princess Diana with a blue ribbon that she had worn, which Kate Middleton also wore inside her dress.

Then, when Markle stepped out in her Stella McCartney reception dress, she wore an aquamarine ring that had been worn by her late mother-in-law.

And, of course, the former Suits star had another subtle “something blue,” wearing white satin Aquazurra heels with baby blue soles to top off the sweet wedding tradition.

Queen of the World debuts stateside on HBO on October 1.

Are you shocked that we missed this small tribute to Prince Harry in Meghan’s veil? Share over @BritandCo.

Arielle Tschinkel
Arielle Tschinkel is a pop culture junkie who went to NYU because the Olsen twins went to NYU (really). She is a freelance writer whose work has also been featured on HelloGiggles, Refinery29, SheKnows, Bustle, Hollywood.com, and many others; and she's living her dream one Britney Spears GIF at a time. Follow her on Twitter @mrstschinkel or visit her website at arielletschinkel.com.
Celebrity Style
Style News
Celebrity Style Celebrity Wedding Fashion Inspiration Royal Wedding Wedding Style
More From Style News