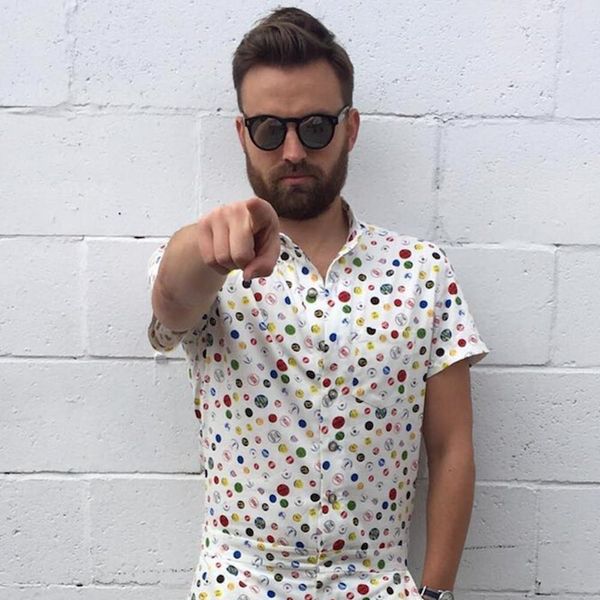 Why should women have all of the fun wearing rompers this summer? One Kickstarter launched by start-up Aced Designs is taking the matter into their own hands. Enter The RompHim, a romper designed for men, that’s apparently “pretty damn comfortable” and “just might be the start of a fashion revolution,” according to the official description.

@neumfoto rocked our latest print for its debut at the #kentuckyderby. The crowd loved it; we're pretty stoked about it too.

The RompHim combines a tailored collarless shirt with structured shorts and an adjustable waist. It comes in pink chambray, blue chambray, and splatter-print cotton, or a special edition Fourth of July. It retails for $119 but if you pledge $95, you can be the first to get your hands on one for the discounted price.

The campaign has already raised more than $50,000, surpassing its goal of $10,000. As you can imagine, the internet has plenty to say:

Why are y'all so disappointing? Even if it's a joke, I'm so tired of renaming things so men can feel more "secure" wearing them. 🙄 #romphim pic.twitter.com/x08azMBxAK

if you're chatting rompers for men and not paying homage to maybe the most iconic male romper-on-film you're not even serious, bruv pic.twitter.com/6UNqKGK1Vc

romphim? i hardly know him pic.twitter.com/ll67xUH2NM

Michael Bluth (tired): "What are you wearing, Buster?"
Buster: "It's called a RompHIM, it's for *men* Michael. Adult men." pic.twitter.com/xhDMDUe2zI

Because the RompHim comes complete with a zipper, the dudes who wear this will never know the agony of having to pee but needing to strip down to do so.

What do you make of all of this? Tweet us @BritandCo.