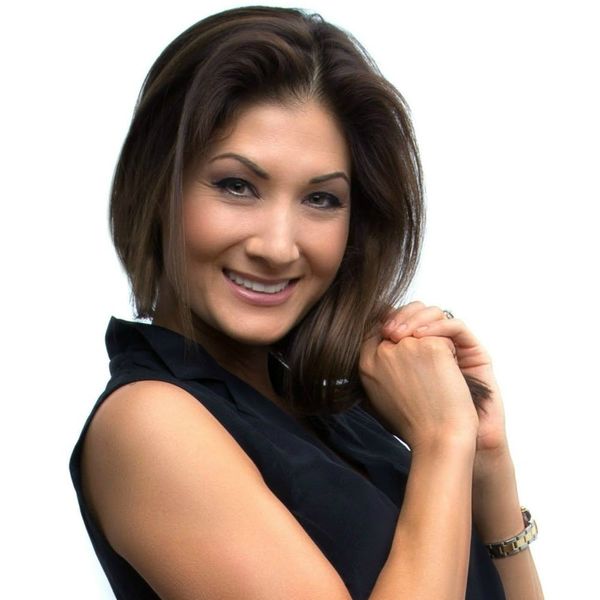 If there was ever any doubt that gender discrimination in the workplace is still alive and well, Los Angeles news station KTLA gave us all a good reminder this morning when it sparked an all-out Twitter war over a female meteorologists’ dress.

As can be seen in the above clip, weather woman Liberté Chan appeared downright shocked when anchor Chris Burrous interrupted her report midway through by handing her a sweater. “What’s going on? You want me to put this on?” she can be heard in the vid, as Chris’ hand appears in the frame, dangling the gray top before her. “Why, cause it’s cold?”

“Getting a lot of emails,” he responded simply. “There you go.”

Clearly displeased with the situation, Liberté examined herself before disdainfully saying, “I look… like a librarian now,” to which Chris responded, “That works! Everyone’s got an opinion of your dress this morning.”

He wasn’t kidding — just listen to him read the angry emails. “Looks like she didn’t make it home from her cocktail party last night,” one viewer wrote.

Also chiming in? The Twittersphere, some members of which had an entirely different beef with the news station — like its newly perceived sexist practices.

Anyway I actually sent her flowers to her office. If that's what we're seeing on camera, I can only imagine what it's like off-camera. @ktla

I highly doubt you would ever force a man to "cover up" live on air. Completely tasteless .@KTLA

@ak630 was quick to point out that it might not have gone down the same way had Liberté been a man.

"Coming up, on @KTLA: Does that tie really match our sports anchor's jacket?"

Spoiler: it doesn't matter at all, because he's a guy.

Speaking of men, they too, had an opinion on the snafu.

"Coming up, on @KTLA: Does that tie really match our sports anchor's jacket?"

Spoiler: it doesn't matter at all, because he's a guy.

Another male Twitter user, @mrmaxpower19k, came to Liberté’s defense with a shot of this male KTLA meteorologist, saying, “Double standard much?”

RT: also why is everything 'shaming'? your dress was inappropriate, cover up. #KTLA

how is that shaming?

everyone is so PC i can't deal.

Some, though, still stood by the original judgement made on the dress, like @WendyPriest.

Liberté has since shared her personal thoughts on the matter with the world via her blog, Life of Liberté, in which she makes it very clear that she doesn’t believe either KTLA or her co-workers are at fault. “For the record, there is no controversy at KTLA,” she says. “My bosses did not order me to put on the cardigan, it was a spontaneous moment. I truly love my job. We are friends on and off the air, and if you watch our newscast, you know that.”

Ultimately, we think it was Liberté herself who said it best in the video, when she pointed out that haters and supporters alike all seemed to be focusing on the wrong topic entirely. “Can we talk about my weather performance?” she asks in earnest. “Nobody cares about what I’m saying on the green screen.”

TBH, it’s a question we’re sorry she even has to address.

What are your thoughts on Liberté’s dress controversy? Let us know @BritandCo!

Nicole Briese
Nicole is the weekend editor for Brit + Co who loves bringing you all the latest buzz. When she's not busy typing away into the wee hours, you can usually find her canoodling with her fur babies, rooting around in a bookstore, or rocking out at a concert of some sort (Guns N' Roses forever!). Check out all her latest musings and past work at nicolebjean.com.
twitter
Entertainment
twitter work
More From Entertainment