Michelle Obama Opens Up About Suffering a Miscarriage 20 Years Ago: ‘I Felt Lost and Alone’ 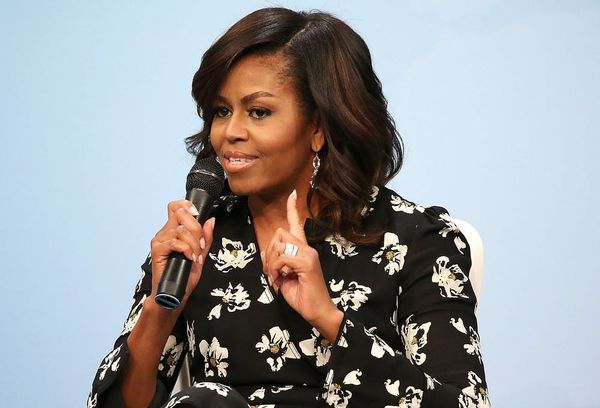 Michelle Obama will release her new memoir Becoming on November 13, and in an interview this week to promote the book, the former first lady opened up about some of the revealing stories it contains about her private life with former President Barack Obama.

Speaking with Good Morning America anchor Robin Roberts, Michelle revealed that she suffered a devastating miscarriage when trying to conceive 20 years ago.

“I felt lost and alone and I felt like I failed because I didn’t know how common miscarriages were because we don’t talk about them,” she said in the interview, adding that she feels it’s important to speak about what she went through so other women feel empowered to do the same. “We sit in our own pain, thinking that somehow we’re broken.”

.@MichelleObama opens up to @RobinRoberts in revealing new interview; says she felt "lost and alone” after suffering miscarriage 20 years ago. Watch @ABC special covering her journey to motherhood and more from her memoir, "Becoming," Sunday night 9/8c. https://t.co/ONXwpuZ3WF pic.twitter.com/1Teb5ycWIe

She went on to share more details about her fertility struggles. “I realized that as I was 34 and 35 that we had to do IVF,” she continued. “I think it’s the worst thing that we do to each other as women, not share the truth about our bodies and how they work and how they don’t work.”

The Obamas have two daughters, Malia, 20, and Sasha, 17. And while Michelle and Barack were often the picture of a perfect relationship during the height of their life in the public eye, the Becoming author admitted that they’ve had ups and downs just like anyone else.

“I know too many young couples who struggle and think that somehow there’s something wrong with them,” she told Roberts, revealing that they sought marriage counseling at one point. “And I want them to know that Michelle and Barack Obama, who have a phenomenal marriage and who love each other, we work on our marriage. And we get help with our marriage when we need it.”

Michelle Obama’s entire interview will air in a TV special called Becoming Michelle: A First Lady’s Journey With Robin Roberts. You can watch it on Sunday, November 11, at 9pm ET on ABC.

What did you think of Michelle Obama’s candid interview? Let us know @BritandCo.