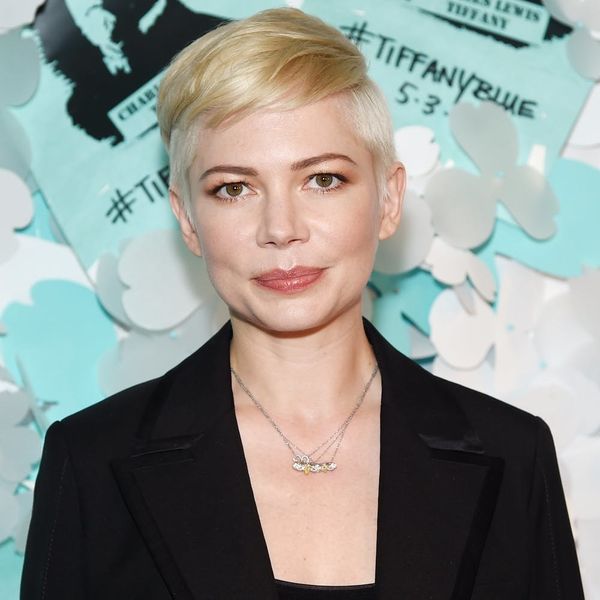 It’s been 20 years since Dawson’s Creek made Michelle Williams a star. These days, the actress is better known for her critically acclaimed film career, but she’s gearing up to make her return to the small screen in her first starring role since her teen drama days.

Williams is set to star in the upcoming FX series Fosse/Verdon, an eight-episode show about the legendary dance and choreography duo — and couple — Bob Fosse and Gwen Verdon (Williams). Sam Rockwell will costar as the influential choreographer, while Hamilton’s Lin-Manuel Miranda and Tommy Kail will produce alongside Dear Evan Hansen playwright Steven Levenson.

Miranda celebrated in disbelief, tweeting that, since co-producer Andy Blankenbuehler‏ had posted about the news, it was “real now.”

Fosse and Verdon are considered one of the greatest creative theatrical teams of all time, and their daughter Nicole, who will oversee the series as co-executive producer, said their personal story is as compelling as their professional one.

“My mother and father have one of the greatest love stories ever known,” she said in a statement, according to The Hollywood Reporter. “They were extremely complex people with an indestructible bond, loyalty, and trust that endured both fantasy and reality. Finally, we have a creative team with the talent and wisdom to tell the story.”

Neither Williams nor Rockwell have spent much time on the small screen in recent years, but both have accomplished film careers. Rockwell won the 2018 Best Supporting Actor Oscar for his role in Three Billboards Outside Ebbing, Missouri, while Williams received her fourth Oscar nomination for her supporting role in 2017’s Manchester by the Sea.

Production on Fosse/Verdon is set to begin this fall, and the show will premiere sometime in 2019.

Will you watch Michelle Williams in Fosse/Verdon? Let us know @BritandCo!