6 Millennials Define Love in Their Own Words 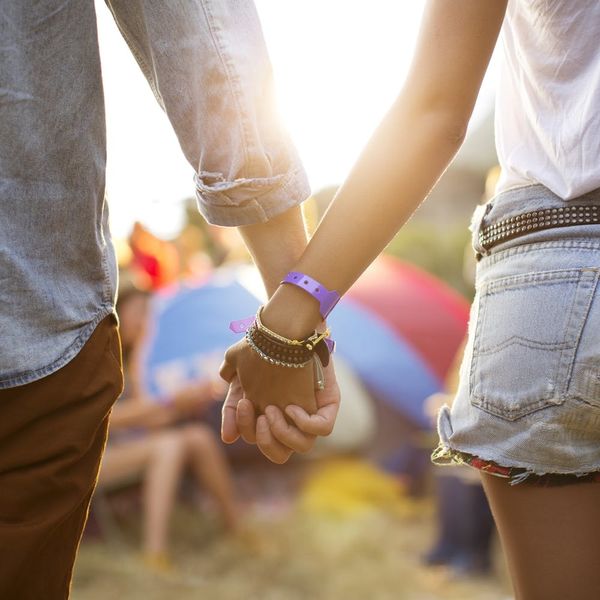 There’s no denying that the dating game has changed significantly since Baby Boomers began coupling up. Millennials have taken to the internet (even LinkedIn!) to find relationships, more women are proposing now than ever, and ghosting is no longer restricted to the paranormal. But when all is said and done, one aspect of relationships will always remain at their core — love. We spoke with six millennials in relationships about their partners and the ever-elusive emotion that is love. Here’s what it means to them.

“Life isn’t always easy and relationships can be messy, but truly loving someone means you are willing to work together in good times and in bad. Everyone has flaws, but being able to recognize them in your partner and love them anyway is something special. My own relationship was a little different because we started dating while living long distance. But before I knew it, I was flying to California to visit him. And it was love at second sight, like something out of the movies.” — Elena H., dating her boyfriend since July 2013

“My girlfriend and I like to do boring adult things like go to museums and parks. There are things that I’m interested in that none of my friends are, so I take my girlfriend to do them with me instead. Plus, we also both eat multiple apples per day. I think that people often share interests with people they like, but when it’s this unique, it’s gotta be love.” — Thomas C., dating his girlfriend since July 2017

“Love is a deep-seeded appreciation and gratitude for everything the other person is. Love means sometimes putting someone else’s needs in front of your own and trusting that they will do the same when you need it most. I think I realized I was in love with Cleo when I found myself making excuses just to spend time with her. She’d always say I folded my shirts incorrectly and would refold them for me, so naturally, I’d text her whenever I was doing laundry.” — Sami S., dating her girlfriend since February 2015

“Love is this awesome feeling of vulnerability in which I can totally be myself and trust that she will accept me for who that is. My process of ‘falling in love’ can’t really be pinpointed, but for me, it started right away. After the first time I met her, I turned to the friend that introduced us and said, ‘I’m gonna marry that girl.’ Although I was a few beers deep and half-kidding, she agreed to be my girlfriend after a little convincing and a much-needed haircut. More than two years since that day and I’m still wondering how I got so lucky!” — Oliver S., dating his girlfriend since April 2016

“Love, to me, is all about the little things. My boyfriend and I started dating when we were young, like 14 young. I think, looking back, I didn’t know what love was, so I realized it a bit later. I knew I loved him when he went off to college (he’s a year older). He wasn’t there to do those ‘little things’ he’d always done to make me happy, and I missed it. But the effort that was put into staying together showed me how serious our relationship was. He never stops going out of his way to make me happy. Love is a feeling that’s kind of unexplainable but totally worthwhile.” — Kayla A., dating her boyfriend since August 2010

“Freshman year of college, we had a big snow day. It was one of the first times I’d seen snow, so naturally, I ran around my dorm and woke up all my friends with excitement. Despite the amazing event that was taking place outside, nobody seemed to be interested. So I took to Gabrielle’s dorm and woke her up and straight to the quad we went. It’s pretty tough to match my level of excitement, but she did it. Love is the in-between things.” — Daniel E., dating his girlfriend since December 2014

What does love mean to you? Tweet us @BritandCo!

Annamarie Higley
Annamarie is a Californian who's been plopped in the middle of Missouri for her undergraduate studies in magazine journalism. She's a hiker, an eater, a lover of words. In her opinion, nothing beats a well-made breakfast sammy or a well-crafted sentence.
Dating
Relationships
Dating love
More From Relationships