This Is Why More Women Are Proposing Than Ever Before 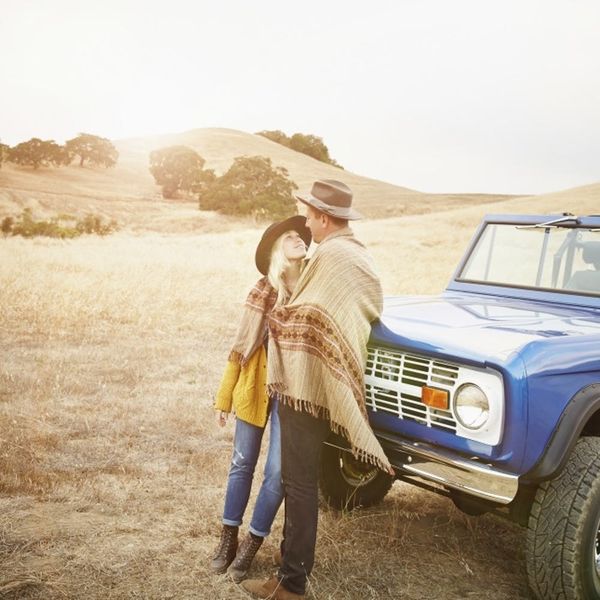 Scrolling through your social feeds is sure to provide two things: baby pictures and engagement photos. And something else you might have noticed an increase in over the past few years is that engagements initiated by women are getting more and more common. While every relationship is different and some couples prefer to stick with more traditional marriage roles, many couples are changing the way they divide responsibilities within their relationship — like income, housework, emotional labor, and proposals. We decided to talk to some relationship experts to get the scoop on the awesome trend of women popping the question.

What’s behind the trend?

The answer to this question is mostly what you would expect, says Christene Lozano, a licensed marriage and family therapist. “Women are becoming more empowered to ask for what they want,” she explains. In other words, women feel more confident taking the initiative, especially if they don’t feel like waiting for someone else to do it! “Some women describe their relationships as being unconventional and nontraditional, so proposing is very fitting for their relationship,” she says. Chances are, if you already feel that your relationship is not “conventional,” you’ll be less worried about whether your choices — including how the proposal actually goes down — fit into traditional marriage practices.

In addition to overall strides in female empowerment, internet dating has affected dating norms as well. “Attitudes began changing when dating apps shifted the dynamic of courtship and allowed women to initiate connections with thousands of dating options at their fingertips,” explains Damona Hoffman, dating expert and host of the Dates & Mates Podcast. “I believe that having many choices has led women to become more empowered in relationships. If you are a true believer in equal partnership, then you must also let go of antiquated ideals about traditions in the relationship — including the proposal ritual.” Agreed!

Hoffman also notes that the trend could have something to do with the fact that some women wait longer to tie the knot than in previous generations. “In today’s world, by the time a woman is ready for marriage, she is very clear on who her guy is and is also aware that her biological clock limits the amount of time she has to move the relationship forward or move on,” she says. It makes sense that if you know what you’re looking for and you feel that you don’t want to waste time, you may be more likely to take matters into your own hands.

What to know before you ask

Just like if the roles were reversed, if you’re considering asking your boo to marry you, you definitely want to test the waters to make sure they’re really the right person for you first. “While I love a great rom-com with a dramatic surprise proposal, in real life, there are a lot of conversations that need to take place before that point to determine if someone will be the right life partner for you,” says Hoffman. “Before planning a grand proposal, I recommend that a woman makes sure she and her partner share common values and goals for the future.”

Another thing to consider? “You also have to know what kind of man you’re with. If he comes from a traditional household and/or believes in classic male/female roles, he could see a proposal from you as a challenge to his manhood or feel like his purpose has been taken from him,” says Hoffman. On the other hand, it’s likely that if you’re seriously considering proposing to your guy, you already know that your relationship fits into a less conventional category, and in which case, we say go for it!

Have you thought about popping the big question to your S.O.? Tell us @BritandCo!

From Your Site Articles
Julia Malacoff
Julia is a writer, editor and proud life-long vegetarian based in Brooklyn, NY. An avid traveler, meditation enthusiast and exercise junkie, she stays active in every new locale she visits.
marriage
Relationships
marriage
More From Relationships